The employees of Europe’s largest department store, the Kaufhaus des Westens, a.k.a. KaDeWe, which is German for Department Store of the West, in Berlin, have a job to do this weekend: search the store’s 645,000 Sq. ft. of selling space and more than 380,000 inventory items, to uproot and put away Israeli made products, until they receive further clarifications from the European Union, regarding its decision to label things Jews make in the disputed territories.

In 1926, the lavish department store was purchased by Hermann Tietz’s the Hertie company, who renovated and modernized it, vastly expanding its from its original 260,000 sq. ft., adding two new floors. Then the Nazis rose to power and their new race laws prevented Hertie from maintaining its ownership. They had to sell to real Germans.


Now, so many decades later, it’s not Germans but a privately-held Thai firm named Central Group pulling Jewish products off the shelves, or, as KaDeWe spokesperson Petra Fladenhofer told Der Spiegel: “We have taken the corresponding products out from our line of goods. We will, after an appropriate labeling, put them back in our product line.”

Order must be maintained.

Another major Berlin store chain, Galeria Kaufhof, still offers several products that are made in Judea and Samaria and the Golan Heights. These include wine, food and cosmetics. “It is not the policy of Galeria Kaufhof to allow politics or religion influence our procurement policy,” said a spokesman for the company. 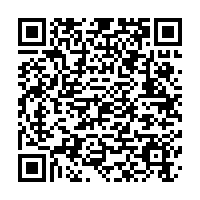