Jordan’s parliament on Tuesday passed a law prohibiting the sale of land in the ancient city of Petra to Israeli citizens, the Jordanian daily al-Rai reported. The new law singles out Israelis, possibly because Israelis have been buying land in Petra, a mythical destination for Israeli tourists.

Petra is a historical and archaeological city in southern Jordan famous for its rock-cut architecture and water conduit system. It is also known as the Rose City, for the color of the stone out of which it is carved. It was established in the 4th century BCE as the capital city of the Nabataeans, and is Jordan’s most-visited tourist attraction. It is situated on the slope of Jebel al-Madhbah (the biblical Hor Ha’Har) on the eastern part of the Aravah desert which runs from the Dead Sea to the Red Sea.


In the 1950s, Petra was a favorite destination for members of the IDF special forces, who crossed the border to Jordan illegally to see the “red rock.” Many did not return alive, which made the place even more alluring to Israelis. More than 100,000 Israelis visit Jordan annually, according to an official government report.

Jordanian MP Assaf Shubki, who co-sponsored the new law, which is an amendment to the Petra Development and Tourism Authority law, told Anadolu: “Our national sovereignty is more important than foreign investments and I will work together with my colleagues in parliament to enforce the law in all the regions in Jordan and not only in Petra.”

Jordan is considered the Arab country which is the friendliest to Israel, enjoying Israeli investments and shares in Israel’s water resources. 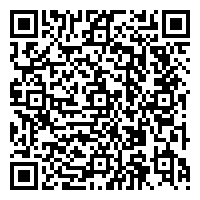