Rose Fostanes, the Filipina caregiver who won Israel’s “X Factor,” will be allowed to work in Israel as a performer.

On Monday, Israeli Interior Minister Gideon Saar ordered the Population and Immigration Authority to issue Fostanes an artists’ visa, which will allow her to be employed as a singer. The visa also requires Fostanes to stop working as a caregiver for her employer of the past five years.

Saar interceded when it was revealed that Fostanes’ work visa was valid only for employment as a caregiver.

Fostanes, 47, chose the artists’ visa over one that would have allowed her to continue working as a caregiver while singing on the side.

Her prizes on the “X Factor” include professional representation and the opportunity to record an album with an Israeli record label.

The family that employs Fostanes had to agree to the change in the visa status.

At least 20,000 Filipinos work in Israel, mostly as caregivers.

Roseanne Barr Tells Rabbi Boteach: I Lost Everything and Accept Whatever Consequences This Brings 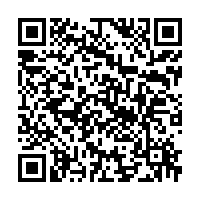