A pair of twins born in the Deheishe refugee camp just south of Bethlehem recently, were named after the terrorists who committed the massacre at the Har Nof synagogue in Jerusalem, Divuakh Rishoni reported Sunday morning.

On the morning of 18 November 2014, two Arab cousins, Uday Abu Jamal (22) and Ghassan Muhammad Abu Jamal (32), from Jerusalem, entered the Kehilat Bnei Torah synagogue in the Jerusalem neighborhood of Har Nof, and attacked the praying congregants with axes, knives, and a gun. They killed four worshippers and critically wounded a Druze Israeli police officer, who later died of his wounds. They also injured seven worshippers, one of whom never woke up from a coma and died 11 months later. The two attackers were then shot dead by police. It was the deadliest terror attack in Jerusalem since the Mercaz HaRav massacre in March 2008. Even the UN Security Council condemned the “despicable terrorist attack.” 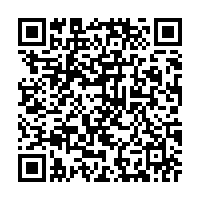