A barrage of rockets eight hours after an Egyptian-brokered ceasefire between Hamas and Israel has brought a quick end to the quiet, with Israel ramping up preparations for possible ground reprisals to end attacks from Gaza on civilians in Israel’s south.

No one was physically injured in Netivot on Monday morning when a Grad rocket landed in the yard of a house.  The building was heavily damaged, and twenty six people were treated for shock.


Reports indicate that Monday morning saw at least 11 more rockets fired toward Hof Ashkelon and the Eshkol regions, with two landing in unpopulated areas and two being taken down by Iron Dome missile defense systems.

Prime Minister Binyamin Netanyahu was scheduled to meet with foreign diplomats on Monday to brief them on the situation in Gaza and prepare their countries for the possibility of an Israeli military strike in the terror hotbed. 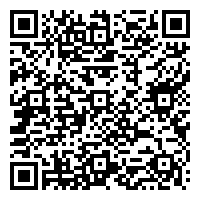