As preparations are on the way for a harsh response in Gaza, the campaign to present Israel’s position in the world is already being waged, and the prime minister appears to have divided his day between monitoring the military and the PR efforts.

Prime Minister Benjamin Netanyahu will meet today, Monday, with a host of foreign ambassadors to prepare them for the possibility of an all out Israeli attack in Gaza. Sources close to the prime minister said that “Abu Mazen (nom de guerre of PA President Mahmoud Abbas) says he is the sole representative of the Palestinian people, but at the same time he is refusing to take responsibility for what is happening in Gaza.”


Chief of Staff Benny Gantz Dan on Monday morning discussed the appropriate response to the continued rocket fire from Gaza, against a backdrop of many public figures calling for a severe IDF response.

“The Palestinians interpret the Israeli restraint as weakness,” a senior officer told Walla News, expressing the feeling among the IDF leadership. Meanwhile, the Egyptians are pressuring Israel to avoid broad attack in the Gaza Strip.

A senior officer said this morning that the time lag between rounds of violence in the Gaza Strip has decreased dramatically in recent months, and that “terror organizations in Gaza believe they have a tail wind from Turkey and Egypt.”

A security official said this morning that the accumulation of events, in addition to the explosive charge along the perimeter fence igniting the tunnel inferno last week, and events not yet released for publication, require a clear response to deter the other side.

Meanwhile, other voices within the security apparatus have argued that the last two rounds of fighting in the south came as the IDF responded to attacks on soldiers, but finally it was civilian residents in the South who paid the price.

“It’s time to change the equation,” said another senior officer, saying Israel should attack “despite the pressure exerted by the Egyptians not to retaliate for shooting, just because no one has died yet on the Israeli side.”

While the shooting continues, on Sunday night the prime minister held a meeting with top security officials, including Chief of Staff Gantz, to assess the Gaza situation, as well as the heating up of the border with Syria. In a follow-up to what he had stated during his cabinet meeting, Netanyahu reiterated that the world must understand that Israel cannot sit back and absorb the attacks on its civilian population. 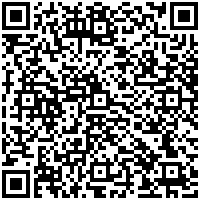