Northeastern University has been criticized for several years for harboring deeply anti-Semitic professors and enabling anti-Israel student groups on campus.

Last week the school administration finally had enough and suspended the school’s chapter of Students for Justice in Palestine. This group, one of the most aggressive in its hostility towards and intimidation of pro-Israel students and events on campuses, has met with some setbacks over the past year.


The final straw at Northeastern – after a long list of previous out of bounds acts – was the distribution to students of mock eviction notices, pretending to mimic what Arabs receive from Israelis. The same tactic has been tried and received reprimand on many campuses, including at Pitzer College in California, Yale University, Ohio State University and Florida Atlantic University.

The eviction notices distributed at North­east­ern on February 24 stated that the recipients’ dorm rooms would be demol­ished in three days and that “evic­tion notices are rou­tinely given to Pales­tin­ian fam­i­lies liv­ing under oppres­sive Israeli occu­pa­tion for no rea­son other than their eth­nic background…to cleanse the region of its Arab pop­u­la­tion, and cre­ate space for set­tle­ments.”

Northeastern’s SJP organization received a letter from the school’s Director of the Center for Student Involvement, Jason Campbell-Foster.  The letter referred to prior inappropriate acts by the groups, including vandalization of university property and a repeated “disregard for university policies over an extended period of time.”

“You have not shown a concerted effort to improve your practices and educate your members on how to properly operate your organization within the boundaries of university policy,” Northeastern’s Campbell-Foster wrote.

According to Campbell-Foster’s letter, all current members of Northeastern SJP’s current executive board are permanently banned from serving on any future board in the organization and the organization itself is disbanded until December, 2014. Further, SJP members must undergo a strict regimen of trainings led by university administrators as a condition for reinstatement.

Dima Khalidi, director of Palestine Solidarity Legal Support and legal advisor to to SJP since last spring, when the administration put SJP on probation, said that two female members are being investigated by the Northeastern University Public Safety Division (NUPD) in addition to the suspension. They were summoned to the Office of Student Conduct and Conflict Resolution (OSCCR), according to a school newspaper.

The president of the SJP is a third year law student at Northeastern, Max Geller. He claimed that the SJP eviction notices were singled out because of their content, and not because the SJP failed to observe some minor rules regarding appropriate leafletting procedures. In this way he is attempting to make out a claim for a violation of the SJP’s Free Speech rights, where the content of a protest may not be restricted, but only the time, the place or the manner of protest.

“The issue here is not one of free speech or the exchange of disparate ideas,” the university asserted. “Instead, it is about holding every member of our community to the same standards, and addressing SJP’s non-compliance with longstanding policies to which all student organizations at Northeastern are required to adhere.”

Geller claimed that he and the members of SJP are hurt by the response from Northeastern.

“Being a part of the Northeastern community is really important to us and being told as an organization that we’re no longer welcome hurts our feelings and is disappointing,” Geller told a student newspaper. “It doesn’t have to be this way.” 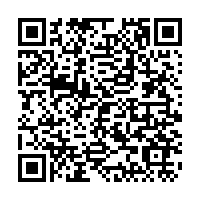