Albert Klass, who filled various administrative positions at The Jewish Press for more than fifty years after his brother Rabbi Sholom Klass launched the newspaper in 1960, died at his Brooklyn home last week at the age of 105.

Born in Brooklyn to Moshe Feivel and Ethel Klass in 1911, Albert Klass worked closely with his brother when Sholom Klass founded the Brooklyn Weekly newspaper (which eventually became the Brooklyn Daily) in the 1940s.

In 1959, alarmed by the demise of several Yiddish newspapers that had played an important role in the Jewish community, several members of the Agudas HaRabonim, led by Rabbi Moshe Feinstein and Rabbi Simcha Elberg, asked Sholom Klass if he could fill the void by publishing a religiously-oriented Yiddish newspaper for Jews across the country.

“I remember my father’s discussion with my mother when he came home from that meeting,” recalled Rabbi Klass’s daughter Naomi Klass Mauer. “He recognized this was the opportunity he had dreamed of but said, ‘I won’t do it in Yiddish. I will publish a weekly newspaper in English that everyone in America will be able to read.’ ”

Albert Klass was his brother’s right-hand man from the debut of The Jewish Press in January 1960 through the decades of growth and success that followed. Sholom Klass passed away in January 2000, but Albert continued working at the paper for another decade, until he was nearly 100.

Jewish Press sales manager Moshe Klass said his grandfather was one of the relatively small number of Jews born in America before World War I who remained religiously observant throughout their lives.

“He had a strong connection to Torah and was very respectful of Torah scholars,” he added. “He was self-educated man who was well read and business savvy.”

Albert’s son Rabbi Yaakov Klass, Torah editor of The Jewish Press and spiritual leader of Khal Bnei Matisyahu, said his father was “known for his positive interaction with others, always treating people with respect and courtesy.”

Albert Klass is survived by his two sons, Yaakov and Arthur; a sister, Rivi Rosenthal; seven grandchildren and 28 great-grandchildren. 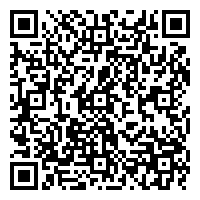