Israeli President Reuven Rivlin addressed the European Parliament on Wednesday, including foreign ministers of the EU member states, and issued a sharp rebuke of the international community’s approach toward Israeli-“Palestinian” peacemaking, arguing that the recent French initiative “suffers from fundamental flaws” and that efforts should be focused on building trust among the parties rather than striving for a permanent peace deal, which he described as a “chronicle of a predictable failure.”

Rivlin, a former right-wing parliamentarian who has refashioned himself in the presidency as a strong voice for unity and tolerance, pointedly dismissed recent European peacemaking endeavors, including the French initiative conference adopted by the European Union Council last week.

“The attempt to return to negotiations for negotiations’ sake, not only does not bring us near the long-awaited solution, but rather drags us further away from it,” Rivlin said. “The French initiative suffers from fundamental flaws.”

“If the international community really wishes and truly aspires to be a constructive player, it must divert its efforts away from the renewal of negotiations for negotiations’ sake, and toward building trust between the parties, and to creating the necessary terms for the success of negotiations in the future,” Rivlin added. “In the current circumstances, we must all ask ourselves ‘what can be done today’, rather than, ‘what cannot be done.’”

Rivlin argued that a true peace deal is not practical today and its pursuit is a doomed enterprise.

“Currently the practical conditions, the political and regional circumstances, which would enable us to reach a permanent agreement between us – the Israelis and the Palestinians – are failing to materialize,” Rivlin claimed, citing the split between the Palestinian Fatah party and the Hamas terrorist group that rules the Gaza Strip, as well as the “total lack of trust between the parties, at all levels, between the leaders and the nations.”

“One cannot hope to achieve better results while resorting to the same outlooks and tools which have failed time after time previously,” Rivlin said.

Rivlin also addressed European criticism of Israel, which he described as misguided and at times unfair.

“I feel that the massive criticism aimed at Israel in Europe stems from, inter alia, a misunderstanding and an impatience toward this existential need of the Jewish Nation and the State of Israel,” he said. “There are those who feel anger and frustration toward certain European actions, vis-à-vis what they perceive as sometimes unfair criticism, sometimes even contaminated by elements of condescension, and some would even say double standard.”

“If Europe is interested in serving as a constructive factor in striving for a future agreement, it will be incumbent upon you its leaders, to focus efforts at this time in a patient and methodic building of trust. Not through divestments, but through investment; not by boycotts, but by cooperation,” Rivlin added.

Despite his blistering critique of Europe’s attitude toward Israel and his stark assessment of the possibility of a long-term peace deal in the near future, Rivlin stressed that Israel seeks peace.

“I speak to you today in the name of a nation which abhors war and desires life and peace,” he said. “Being well versed in the Israeli Parliament, I do know that any political agreement brought before the Israeli Knesset by an elected government will be approved.” 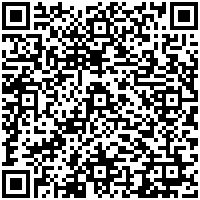