Attorney and former MK Elyakim Haetzni, a long-time resident of Kiryat Arba and Hebron, passed away Sunday at the age of 96.

Born George Bombach in Kiel, Germany in 1926, Haetzni immigrated to pre-state Israel in 1938 following Kristallnacht with his parents and sister. The family settled in Jerusalem.

A member of the Haganah, Haetzni was wounded in the 1948 War of Independence, spending 18 months in a hospital to recover from his wounds.

He later went on to earn a law degree at the Hebrew University of Jerusalem, graduating in 1954.

An attorney who began his career in Tel Aviv in 1961, Haetzni was among those who re-established the Etzion Bloc following Israel’s victory in the 1967 Six Day War.

A strong right-wing political activist, in 1972 Haetzni was among the founders of Kiryat Arba, and helped re-establish the Jewish community in Hebron.

Haetzni became a member of the Yesha Council, and joined the Tehiya party, taking a spot on the party’s 1988 Knesset candidate list. He entered Israel’s 12th Knesset in January 1990 as a replacement for Rabbi Eliezer Waldman, another founding member of Kiryat Arba, serving until 1992. 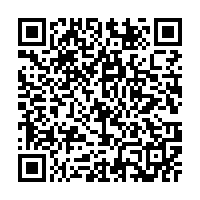