Prime Minister Benjamin Netanyahu offered condolences to the family of terror victim Ari Fuld, hy’d, on Sunday afternoon “in the name of every citizen of Israel” .

Fuld was stabbed to death Sunday morning outside the ‘Harim’ shopping center at the Gush Etzion junction by a 17-year-old Palestinian Authority terrorist from the Judean city of Yatta, a sprawling suburb on the southern side of Hebron.


Writing in a post on his personal Facebook page, Netanyahu noted, “With his last strength, Ari fought heroically against the terrorist and prevented a greater tragedy.

“Ari was a wonderful father to four children. He was an advocate for Israel who fought to spread the truth about Israel.

“May his memory be a blessing.” 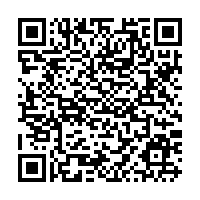