The University of Haifa will award an honorary doctorate to former US President Bill Clinton, the university announced on Tuesday.

The doctorate will be given at event to be held at New York University on December 12.

“Clinton, the 42nd President of the United States, will receive the title in recognition of his deep commitment to the State of Israel over the years, for his work to promote common life and coexistence in the entire Middle East, and for his courageous friendship with the late Prime Minister Rabin,” the university said in a statement.

“In addition, he will receive the title In recognition of his activities to promote social and environmental sustainability in the entire world, through the initiatives of the Clinton Foundation, which he is the head of, projects to promote the fight against climate change, increase access to renewable energy and support the transition to an intelligent and sustainable use of the earth’s natural resources.”

Professor John Sexton, who previously served as President of New York University, will also be awarded an honorary doctorate for his work in making higher education available in developing countries. 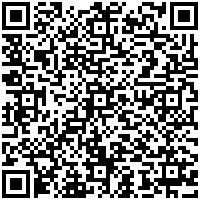