On his 225th day in office, Prime Minister Naftali Bennett sat down to an interview with his most unexpected groupie: Ha’aretz pundit Yossi Verter (בנט סוגר 225 יום בראשות הממשלה). A sworn enemy of former-Prime Minister Benjamin Netanyahu, Verter was naturally pleased by the mere fact that Israel received a new government that didn’t include Bibi. But over time, week in and week out, Verter has turned into one of the Bennett government’s staunchest defenders, giving the new PM and his ministers the benefit of the doubt in a way he wouldn’t have dreamed to treat Netanyahu. Which is why Bennett was eager to give Verter the interview marking his close to eight months in office.

He also handed him a scoop bordering on gossip, revealing for the first time the details of his negotiations with Netanyahu in early May which became a decisive factor the Yamina chairman’s move to the “change” camp.

“We were sitting here in this room, in the corner,” Bennett recalled. “When he realized that I did not intend to allow him to drag Israel to the fifth election, he really threatened me. ‘Listen,’ he told me, ‘If I understand correctly what you’re going to do, you should know I’ll run my whole machine, the army, against you.’ He demonstrated with his arm,” Bennett moved his arm like an aircraft diving to attack, “‘I’ll send at you the UAVs, and we’ll see.”

“I guess he didn’t mean the IDF or the Air Force,” Verter quipped.

“No. He talked about the army of bots, the teams, his people on the radio, on television, and the social networks,” Bennett explained, and recalled, “Some change came over me. I realized that everything rested on my shoulders. That if I didn’t make the difficult decision, I don’t know how the country would have come out of it. The new election would have put us in a terrible downward spin. As someone who loves history and reads history, I am well aware that we are the third instance of a Jewish state in this land. On the previous two occasions, the state or kingdom never crossed the 80-year mark as a united and sovereign entity. We are now in our eighth decade as a state. I know it sounds exaggerated, but I think we saved the country.”

For the record (for all you history buffs out there), according to the traditional Jewish timeline, the united Israelite kingdom lasted from 879 BCE to 796 BCE, 83 years in total, followed by the split between Judah and Samaria. The Hasmonean dynasty lasted only about 77 years, from 140 BCE to 63 BCE.

Verter notes that nearly eight months into his tenure, Bennett is exhibiting symptoms of sweeping self-satisfaction, just like its predecessors. His chair is too narrow to fit him. He is flooded with adrenaline. The job fills him with joy and gratification. Verter cites former-President Bill Clinton, who after eight years in the White House, said, “The bad days were good, too.” According to Verter, Bennett, whose term would be shorter, would surely have endorsed it.

According to Bennett, he even enjoys the hours he has to spend in the Knesset. The screams, the insults, the jungle “come with the territory,” he says. He likes his bi-polar coalition which he leads as a result of what he once called a “political accident.” He likes his ministers, the teamwork, the productivity, and the important message that seeps down from his government: that it’s possible to work together.

Iran takes up most of the time Bennett devotes to security issues. On the news of a “positive atmosphere” in the talks in Vienna he comments, “I’m not set to automatic, I’m not looking for a fight with the Americans for the sake of a fight. On the contrary. But I believe that pouring billions of dollars into the Iranian machine, which is the regional center of terrorism and exports money and instructions to the Islamic Jihad and Hezbollah—and giving them all this in return for nothing, or almost nothing—it’s the last thing that should be done.”

“I am determined to prevent Iran from not only breaking out with a bomb but also reaching a state whereby it is able to break out in a short time. Whether there is a deal or not, we are forging a treatment strategy,” he says and adds a note of criticism of his predecessor: “It’s no secret that we inherited a very difficult situation. They followed a path but didn’t build what’s needed to sustain this path. I allocated billions of shekels to close the gaps.”

Verter asked him about last week’s Syrian-Russian air maneuver north of Israel’s border – what were the Russians trying to signal?

“We have significantly increased the volume of our activity in Syria,” the PM answered. “Anyone with eyes in his head sees this. Both in quantity and quality. Russia is a very significant player. I refer to it as our neighbor to the north. I have a good relationship with President Putin that’s getting better. We will continue to maintain full freedom of action for the IDF. In Syria too, we are talking to those we need to.”

Interestingly, especially considering this article was published by Ha’aretz, one word is missing from the entire exchange: “Palestinians.” One expects that this was not by accident. Verter was not about to ask his fave about an area where their views are diametrically opposed. 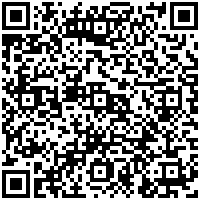