Health Ministry Director-General Prof. Nachman Ash has nixed a proposal by Education Minister Yifat Shasha-Biton to shorten the quarantine period for children as part of her outline for reopening schools in September.

The plan to reopen the school system on September 1 includes a reduction in the quarantine period for students and teachers to just 48 hours – instead of the current 14 days – if their PCR tests return with negative results after exposure to a verified carrier.


“We do not approve a quarantine of only 48 hours,” Ash told reporters at a briefing on Monday. “A negative test and immediate return to school only serves to spread the virus and cause more cases.”

Education Ministry Director-General Yigal Slovik said the continuity of operating the education system was a prime national objective in times of routine, and even more so at the current time. Slovik said there’s a need to reduce educational gaps spread over three years of schooling as well as reduce the emotional and social damage suffered by students.

The lockdowns and remote learning over the past school year caused a 44 percent increase in referrals for suicidal risk diagnosis, an increase of nearly 25 percent in sexual attacks (from 3,741 to 4,653 cases) and an increase of 6 percent in repetition compulsion, Slovik said.

Ash underlined, however, that the plan outline released to media was published by the Education Ministry prior to receiving final approval from the Health Ministry.

Shasha-Biton said that regardless, the Orthodox school year which begins on August 9 will operate according to the Education Ministry’s COVID-19 reopening outline.

COVID-19 Morbidity Still Climbing in Israel
The morbidity rate of the COVID-19 Delta variant is continuing to skyrocket, with 1,538 Israelis newly diagnosed with the virus on Sunday alone, out of the 67,676 tests carried out – a 2.08 percent positivity rate, the highest reported since March.

By August 8, there should be rapid testing stations available in various locations around the country, Ash said.

Beginning this Thursday, access to gatherings of more than 100 participants will be limited solely to those who have a “Green Pass” – those who have been fully vaccinated, recovered from the virus or have undergone a PCR test within the previous 72 hours.

Those who require a test after August 8 will be required to cover the cost themselves.

There are 5.76 million Israelis who have received one dose of the COVID-19 vaccine; of those, 5.3 million have received both doses and are fully inoculated, according to the Health Ministry.

‘Delta Plus’ Rising, Travel Ban Expanded
At least 12 people have been diagnosed with the Delta Plus variant, according to a report Monday in Hebrew-language media.

Israel’s Channel 12 News reported that most of those who are infected with “Delta Plus” were found to have returned to the country from a visit in Georgia – one of the countries to be placed on the “red” list of banned travel destinations for Israelis.

On Friday, the list will be updated to include Britain, Cyprus, Turkey, Kenya and Georgia. Countries already on the travel ban list include Argentina, Belarus, Brazil, India, Kyrgyzstan, Mexico, Russia, Spain, South Africa and Uzbekistan.

The Labor, Welfare and Health Committee, chaired by MK Efrat Reytan Marom, on Monday approved the Public Health Order which expands the list of countries whose returnees are required to be isolated, including those vaccinated and recovering.

“There is a dramatic rise in the number of confirmed cases among those returning from abroad,” said Dr. Ofra Habkin, Deputy Head of Public Health in the Health Ministry.

“Almost 80 percent of them are vaccinated. This is a dramatic change from what we knew, and the data clearly show that those who return from countries where the morbidity is high and there is exposure to various variants, are at increased risk of infection,” she added.

US Keeps Travel Restrictions in Place
As has Israel, the United States also has decided to retain its current travel restrictions due to concerns over the escalating infection rate resulting from the Delta variant.

A White House official who spoke on condition of anonymity said that although the Biden administration understands the importance of international travel, cases are again rising in the United States.

The Centers for Disease Control and Prevention (CDC) has recommended Monday that Americans avoid traveling to the United Kingdom given the current surge in cases in the country.

The United Kingdom still mandates quarantine for most travelers arriving from the United States. 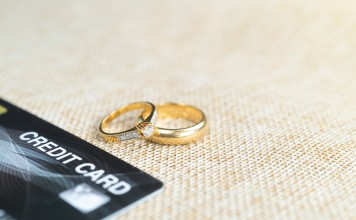