Rabbi Naftali Bar-Ilan, grandson of Rabbi Meir Bar-Ilan, attacked a conference to be held this week on the subject of “open marriages” at the university named after his late grandfather, Kipa reported Saturday night. Rabbi Bar Ilan told Kipa that the conference was damaging his grandfather’s name and the ideas to which he dedicated his life.

Rabbi Meir Bar-Ilan (1880 – 1949) was an author and Religious Zionist activist, who served as leader of the Mizrachi movement in the United States and Mandatory Palestine. In 1955, Bar-Ilan University was named in his honor.

Many Bar Ilan students also said they opposed the conference, according to Kipa, saying: “Is that what you call integration of Torah and academia? We strongly demand that the university stop this disgrace, immediately cancel the ‘adultery conference,’ and declare that it upholds family values in Israel and does not cooperate with all sorts of inventions against morality, Torah and family.”

Open Marriage is a form of non-monogamy in which the partners of a dyadic marriage agree that each may engage in extramarital sexual relationships, without this being regarded by them as infidelity, and consider or establish an open relationship despite the implied monogamy of marriage. There are variant forms of open marriage, each with the partners having varying levels of input over their spouse’s activities.

Rabbi Naftali Bar-Ilan said that “the founders of the university aspired to establish a high level academic institution that would not harm the supreme values ​​of the Jewish people. Not only that, but one of the seven Noahide laws that bind non-Jews is the prohibition against incestuous relations,” stressing that billions of people around the world adhere to it.

“The prohibition on which it is said, ‘yehareg v’al ya’avor’ (better to die than to transgress it) is not subject to discussion, even under the guise of a scientific gathering, neither in public nor in private. Conferences should be organized to combat this phenomenon, bringing in professionals and experts who strengthen the institution of the family,” Rabbi Naftali Bar Ilan said.

Bar-Ilan University issued a response saying, “The professional conference, as its name suggests, deals with treatment issues and is not intended to encourage this phenomenon. This is a new social phenomenon that resonates [in the public arena] and is being discussed by the professionals. The School of Social Work, attentive to the public arena, which has been among the few to engage in training sexual therapists for 12 years, thought it necessary to address the issue. Despite the fact that this issue is controversial, conference organizers believe it requires professional discussion based on knowledge and clinical research.” 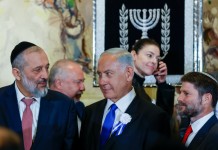 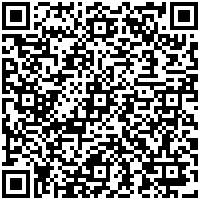