Israel’s President Reuven Rivlin has joined the fight against bullying and social exclusion on social media and apps, and has begun by leading an initiative for school children and youngsters against the behavior.


Rivlin participated in the launch of the “Don’t Stand By” initiative Sunday at the official President’s Residence in Jerusalem.

Director-General of the Ministry of Education Shmuel Abuav and Director-General of the Ministry of Public Security Maj Gen (ret) Moshe (Chico) Edri also participated in the event and spoke about the work of their ministries in this field, as well as young influencers on social media who are taking part in the initiative and heads of organizations and youth movements dealing with children and young people.

The project, formed in partnership with the Education Ministry’s psychology-counseling service, includes a range of activities on social media using the hashtag לא_עוצדים_מהצד#(‘Don’tStandBy)

“The story of a kid who has to bear such great pain is the story of many children, too many,” said the president. “Not because social exclusion and bullying are new, but because the digital age we live in has brought new ways to harm and abuse.”

The project also includes a video clip of the president speaking from a picture hanging on classroom walls, asking them not to just stand there on the sidelines when they see bullying.

“Social exclusion and bullying are nothing new, but in the digital age there are new ways to harm and abuse people – and verbal violence kills. It kills children’s dreams and hopes every day and has already claimed the lives of children who did not find a way out of the suffering and ended their own lives,” the president said.

“I also get violent responses on social media and even though I am a grown up, it is still hard. We must not allow this to become routine. We must not stand by when we come across behavior like this, even if it is not aimed directly at us. 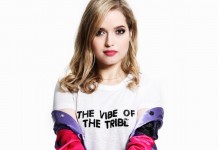 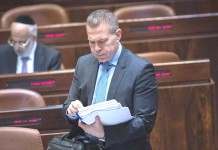 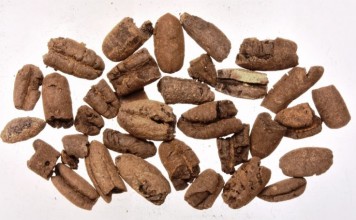