Last Wednesday Tel Aviv University’s Search Committee unanimously recommended the appointment of Dafna Meitar-Nechmad as the next Chair of the TAU Board of Governors, having served for three years as Co-Chair of the TAU Global Campaign where she set the bold goal of raising $1 billion.

TAU’s Board of Governors holds supervisory and control functions and is mandated to help the University raise funds for further development.


Meitar-Nechmad will replace Prof. Jacob A. Frenkel who is completing two four-year terms at the helm. Her appointment is subject to the Board of Governors’ ratification.

This new appointment follows eleven women who have been appointed to leading positions at TAU over the past year, including VP for International Academic Relations, and the Deans of the Faculties of Exact Sciences, Humanities, and Innovative Learning.

Meitar-Nechmad is an alumna of TAU and a former partner in the Meitar Law Offices. No longer a practicing lawyer, she is a social investor with extensive philanthropic experience. She manages the Zvi & Ofra Meitar Family Fund which supports cultural and educational projects in Israel, including the Meitar Opera Studio—the young singers’ program of the Israel Opera; the Zvi Meitar Institute for Legal Implications of Emerging Technologies at the Herzliya Interdisciplinary center; the Tel Aviv Museum of Art; and the Naggar Multidisciplinary School of Art and Society in Musrara, Jerusalem.

The Search Committee was headed by Prof. Itamar Rabinovich, former President of Tel Aviv University. In its recommendation, the committee members noted that they had been greatly impressed by Meitar-Nechmad’s leadership capabilities, her record as a leader of TAU’s Global Campaign, her extensive experience in the world of philanthropy and fundraising, and her commitment and dedication to the advancement of Tel Aviv University.

Dafna Meitar-Nechmad thanked the Search Committee for recommending to elect her and said: “As a woman, a social investor and an alumna of TAU, it will be a great honor and privilege for me to head its Board of Governors. The past decade has seen substantial development at TAU, in research, education, and contribution to the community, and I am certain that together we can keep up this momentum, expand the sources of funding, and open TAU’s gates to new target populations from both Israel and abroad.”

TAU President Prof. Ariel Porat congratulated Dafna Meitar-Nechmad and said: “I am very happy that the Search Committee recommended Dafna Meitar-Nechmad for such an important role at our University. Dafna has a great deal of experience in social and philanthropic activities and I have no doubt that with her support we will be able to continue the advancement of TAU’s excellence in many areas. Having seen Dafna’s activities successfully benefit TAU, and recognizing her social commitment and inspiring personality, I look forward to working together for the further consolidation of TAU’s academic, social and economic standing and its contribution to society.” 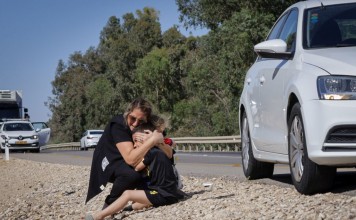 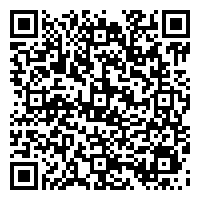