Earlier this week, PA Chairman Mahmoud Abbas announced the severing of all ties with Israel, in preparation for the imposition of Israeli sovereignty in the settlements of Judea and Samaria.

The discussion over the social networks weighed heavily in favor of Ramallah’s move, never mind its effect on PA residents dying in hospitals from the coronavirus.

“I agree with the authority, heart and mind,” said one Twitter user, “because this legitimizes normalization with the occupation. The question is, why did the aid not come through Jordan !!!! ??” (sic)

“The Emiratis could have sent it through another airport,” said another response. “They want the Palestinian Authority to be blamed and shamed !! Israel’s interests were served.”

A more critical response said, “What do they want? They want cash. They receive the equipment and then share it in with the corrupt elements.”

And: “A blessed step, I wish they would refuse all efforts, depend on themselves and relieve the world of their relief.” 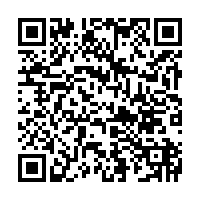