The Israeli police are running an ongoing program to find and remove illegal weapons in Judea and Samaria. Arab residents continue to find new ways to try and hide their illegal guns and ammo.

On Tuesday night, Border Police along with the army and regular police entered a home in Hebron of an Arab couple in their thirties, according to the police spokesperson.

The husband said they had no weapons in their homes, only a small amount of marijuana, which they handed over to the policemen.

The policemen noticed the woman was holding one of their young children very strangely throughout the visit .

The police asked the woman to put the child down, but she refused claiming he was sick and she needed to hold him.

The police insisted, and eventually the woman acquiesced and pulled out a 9mm FN pistol hidden inside her shirt, under the child.

The police continued their search and in the children’s room, they found two full magazines and more than 200 Magtech bullets.

The couple were arrested and brought to interrogation where the police will try to learn where the guns and ammo came from, and if the couple had them for self-defense against criminals and drug dealers, or it was for a planned terror attack. 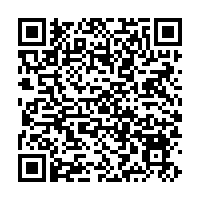