David Squier, a cherry grower from the Rosh Tzurim settlement in Gush Etzion, was picked up by police and interrogated under a warning on suspicion of damaging the vehicle of the Arab thieves who robbed his orchard.

In recent weeks, thieves have visited David’s cherry orchards several times, and stole a large amount of fruits. About two weeks ago, David spotted four members of a family from central Israel filling up bags of cherries, and came over to stop them.


“I saw them and asked them to give me the bag they filled with my cherries,” David told Channel 12 News. “I called the cops, the thieves wanted to run away, so, to prevent that, I let out some air from one of the tires until the cops arrived. The woman who was with the thieves pushed me but I moved away to break contact. I didn’t respond because I’m not a violent person, and waited for the police to arrive.”

The police arrived at the scene and launched an investigation at the Beitar police station against the family members. The family members were interrogated with a warning, but to David’s amazement, a few days later he was summoned to the police station and interrogated with warning, as a suspect, because he let out the air from the thieves’ tire to prevent them from escaping.

David’s neighbor, Uri Schechter, posted an interview with the flummoxed cherry grower, who told him: “I thought they wanted to complete the investigation into the theft in my plantation, suddenly the investigator informs me that I am suspected of causing vehicle damage to the suspects in the cherry theft. I was shocked. The investigator told me that I was right to delay the thieves but I was not allowed to let air out of their tire.”

David added: “I was interrogated as a suspect, photographed and fingerprinted like a criminal. I served in the Army, fought in wars, and my heart did not pound as hard as it did during this absurd investigation. I catch the thieves, hand them to the police and they interrogate me with a warning? Someone in the police must have got confused, lost their judgment.”

After Schechter posted the interview on the social networks, Minister of Public Security Amir Ohana (Likud) contacted David and promised to handle the matter.

Israel Police responded in a statement: Two weeks ago, police received a report of theft of cherries from a private plantation located in Rosh Tzurim. Police forces arriving at the scene detained several suspects for questioning. At this time, a complaint was also lodged against the owner for committing an offense against the suspects’ vehicle. It should be emphasized that any theft is a wrongful criminal act and we work to exhaust the law against those involved in the act. At the same time, it is the duty of the police to investigate any complaint that raises suspicion of a criminal offense. Therefore, the owner was also summoned to a police interrogation. We will continue to investigate the whole case thoroughly and take all necessary steps to reach the truth.

The police statement did not explain why they interrogated David under a warning, leaving the impression that had Minister Ohana not gotten involved, they would have proceeded to prosecute the criminal cherry grower to the full extent of the law. 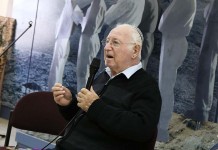 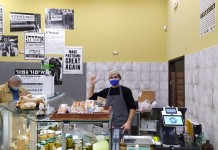 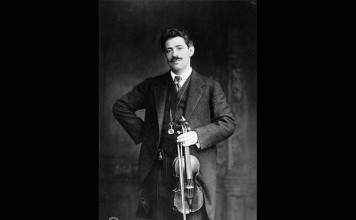 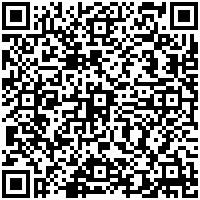