After tremendous public outcry, negative media attention, and the work of the Honenu human rights organization, the police returned the personal weapons to the two civilians who killed the terrorist in Be’er Sheva on Tuesday. The terrorist murdered four people, and wounded two more.

Following the attack, the police confiscated the weapons of the two civilians for “ballistic examination” as part of their investigation into the terror attack.


The police have a policy of confiscating the personal weapons from civilians who use them in self-defense, and then holding onto those weapons for weeks or even months before returning them. The police say it is part of their investigation process, but most Israeli gun owners believe it is done to discourage civilians from pulling out their weapons, even in life-threatening situations.

One of the civilians was filmed refusing to leave the police station until his weapon was returned, and the police threatened to detain him, in response.

The civilian said that since his face and address have been publicized, he is in danger from other terrorists seeking revenge.

In the end, the police announced they would run the ballistic tests overnight and return the weapons in the morning, which they did. 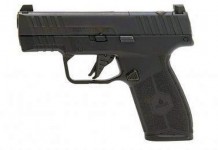