Senior IDF officials are looking into the possibility of removing IDF soldiers from between 10 and 15 guard posts in the Jewish part of Hebron that are the scene of friction between soldiers and bands of Arab, secular Israeli and Haredi anarchists, Kan 11 News reported Thursday night.

The soldiers will be replaced with police officers of the Border Police (Mishmar HaGvul). The IDF will remain in Hebron to arrest terrorists and thwart terror attacks. If implemented, the measure will make it easier for the soldiers who are deployed in Hebron and encounter time and time again difficult and complex situations which are not related to fighting terrorism and would be better managed by experienced police officers.

On Saturday, the two parts of Jewish Israel clashed over an encounter in Hebron between two Givati Brigade soldiers and a large group of anti-Israel anarchists.

Otzma Yehudit Chairman Itamar Ben Gvir conditioned his joining Benjamin Netanyahu’s government as National Security Minister, among other things, on taking control over the Border Police in Judea and Samaria precisely so he could post police officers in areas of high friction with anarchists. Ben Gvir told Ynet this week that “Everything related to enforcement––including Border Police companies––will be under my ministry. We will provide security to all residents of Israel along with my full backing for the police and security forces.”

Breaking the Silence CEO Avner Gvaryahu wrote in Haaretz this week (The fight for Tel Aviv begins in Hebron):

The struggle for Israel’s present and future should be carried out close to reality, not detached from it. The way to do it is through the opposite of ignoring – through constant exposure to reality. Only those who have been exposed to reality themselves can expose others to it. For this, we need to physically come, with our bodies, to Hebron and the various apartheid districts. To see and show the sites where the Ben Gvirism grows, and the conditions that made this possible. To recognize the part that we all have in establishing a regime that grows these crops, and make sure that after digesting this, more people will understand how dangerous they are and what needs to be done. … It is hard to overstate the importance of this moment. A long-standing struggle by the Israeli right to crush any potential for a positive future is reaching its climax.”

Outgoing Prime Minister Yair Lapid said this week that he apologizes to the late David Ben Gurion for straying from his path. He said, as part of a litany of nonsense (Leftist Old Guard Landing Final Punches as Israelis Prepare for Better Leaders): “What is happening today in the State of Israel is contrary to everything he (Ben Gurion) believed in, every commandment he left us. These days a new government is being established in Israel that doesn’t believe in it. Not in equality for women, not in equality for LGBT people, not in political equality, not in social equality, and certainly not on equality for non-Jews.”

Yes, Lapid really depicted David Ben Gurion as an LGBTQ unsung hero. Well, for the benefit of anyone who wishes to know Ben Gurion’s views on Hebron, here’s an excerpt from the Histadrut labor union daily Davar from August 22, 1972:

Following the clarification of the change in Ben Gurion’s position regarding the settlement of the territories and their future, it should be asked if that change includes only Sinai or also Judea and Samaria. Ben Gurion was asked especially about settling Hebron, which is now at the center of these activities.

To which Ben Gurion responded: “We must take care to have a big and growing Jewish settlement in Hebron … that would over time become part of the State of Israel.”

Ben Gurion noted, according to the same report, that as prime minister he proposed declaring war and taking over Jerusalem and its environs and Hebron and its environs, “but to my astonishment” the majority of his cabinet objected. 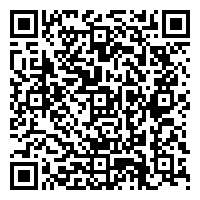