On Wednesday evening, a man was stabbed in his chest near the grave of Rabbi Yehuda ben Bava in Shfar’am, a Muslim-majority city in northern Israel. Worried passersby called emergency services for help. United Hatzalah’s Dispatch and Command Center alerted nearby volunteers and other first responders.

Rabbi Yehuda ben Bava lived during the Bar Kochva rebellion, and was a good friend of Rabbi Akiva. He was one of the mythical ten martyrs executed by the Romans whose tale is recited in the Yom Kippur prayers.

Majed Ziad was working in his restaurant when he received the alert. He rushed out to his car and drove to the scene and was the first responder to arrive. He found the injured man bleeding, sitting in a chair. The man was having great difficulty breathing and looked very weak.

Majed grabbed a bunch of packing bandages and used them to stop the bleeding. He then attached an oxygen mask to the man’s face and provided him with high-flow oxygen to relieve his belabored breathing.

A few minutes later, a mobile intensive care ambulance arrived with two paramedics. Majed assisted the ambulance team to get the man up, onto a gurney and into the ambulance. The injured man, who was now in serious but stable condition, was transferred to a nearby hospital for further care.

Majed later said: ‘’Being an EMT gives me a lot of pride and self-respect. I’ve found that other members of my community also appreciate what I do to help the community and save the lives of those around me.”

He continued: “I often leave Shfar’am to respond to emergencies in the wider area. Wherever the emergency may be, having a first responder show up and provide medical care to the injured or ill person while waiting for the ambulance to arrive is always beneficial.”

“As a business owner, it’s not easy to leave my business in the middle of working hours, but it is something that I’m willing to do to be there for the patient. I believe there is no greater value than that of saving another person’s life,’’ he said. 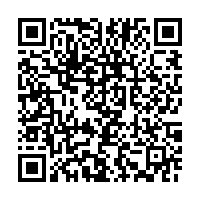