The NY Post’s Michael Benjamin, himself a former Democratic assemblyman, reported that NY State Senator Malcolm Smith from Queens, a Democrat, is planning to be the city’s 109th mayor, come 2013, running on the Republican ticket. He also suggested that Smith’s trial balloon had rattled some GOP leaders, who are attempting to nip it in the bud. Democrats are saying Smith is just a stalking horse for City Council Speaker Christine Quinn, meant to sway black votes from former city Comptroller Bill Thompson.

To remind you, Malcolm Smith’s former 15 minutes of fame happened over his pitifully short stint as State Senate majority leader — when he lost his majority after Democratic senators Pedro Espada and Hiram Monserrate defected to the GOP. It was political slapstick at its worst, and quite a record from which to recover. In the end, Smith was deposed by the Senate Democrats.


Benjamin reminded his readers that Smith still faces questions about a suspicious awarding of the contract to run the Aqueduct “Racino,” and irregularities at some charities with which he is associated.

“One of the questions we ask candidates is, ‘Have you ever done anything that would be an embarrassment to you or the Republican Party?’” Queens GOP Chairman Phil Ragusa told the NY Daily News. “I don’t think he could pass that test.”

Except that the same Daily News report says State Republican Chairman Ed Cox confirmed that he met with Smith “at the urging of a mutual friend,” but declined to comment further.

“There’s an opening for a fusion candidate in the 2013 race,” says Benjamin, pointing out that all the Democratic candidates have been left of center, yet as the last five mayoral elections have shown, the left no longer has the majority even in New York City.

He suggests that the Haredi and the evangelical Christian communities are actively looking for a “traditional-values standard-bearer.”

The conservative blog “PlanetAlbany” opined that the best candidate would be an African-American former Democratic assemblyman who is pretty conservative on social issues, and an insightful political observer – namely NY Post pundit Michael Benjamin.

Colin Campbell of “Politicker” reminded his readers recently of the growing influence Orthodox Jewish voters are commanding in NY City politics, and that “even though the community’s voters might side strongly with the Republican candidate in the 2013 mayoral race, they are mostly registered as Democrats and candidates seeking to win the Democratic primary are extensively courting the community.”

All the candidates recognize this reality and are working hard to engage Orthodox voters, reported Yossi Gestetner a few months ago. As the candidates competing for the nomination are nearly identical on social issues, some have been working to separate themselves in other ways.”

Gestetner brought the example of Public Advocate Bill de Blasio, who started his own Iran boycott website and took a firm stance against the campaign within the Park Slope Food Co-op boycotting Israeli products, calling it “wrongheaded and an affront to American values and interests.”

Last week Governor Andrew Cuomo may have committed a costly mistake when vetoed a bill that would have made it possible for many special-education students to be placed in private schools using public funds. Catholic and Orthodox Jewish groups had lobbied for the bill, arguing that children learn best in settings that resemble their home environment.

It may be just the kind of rallying point that would help elect New York’s Third Consecutive Republican mayor. 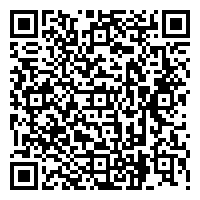