Israeli Defense Minister Benny Gantz met on Sunday night in Ramallah with Palestinian Authority (PA) Chairman Mahmoud Abbas and discussed “security-political, civilian and economic issues,” arising fears among some on the right of a renewed diplomatic process with the PA and even a possible Israeli withdrawal.

A source in the Prime Minister’s Office is quoted as saying that the meeting was approved in advance by Naftali Bennett.

The meeting “dealt with current issues pertaining to the defense establishment and the Palestinian Authority. There is no political process with the Palestinians and neither will there be,” the source claimed.

The meeting came hours after Bennett returned from his meeting with President Joe Biden in Washington, during which the Israel-PA issue was thoroughly discussed, according to reports.

The right-wing, of which Bennett claims to be a part, reacted to the news of the Gantz-Abbas meeting with anger and fear.

Member of Knesset (MK) Betzael Smotrich noted that “many things can be said about the Israeli media. It is not a sucker… and it is a supporter of retreats and submission to terrorism. The last prime minister to be supported by the media as Bennett is now was Arik Sharon during the deportation from Gush Katif and northern Samaria. This scares me. Very much.”

MK Ofir Sofer accused Bennett of leading a government that “is galloping toward the left.”

MK Itamar Ben Gvir said that “the pressure that President Biden put on Bennett at their meeting to begin a political process is beginning to give its signals. Bennett’s first task upon his return to Israel was to send Defense Minister Ganz to negotiate with a terrorist [Abbas] and prove to the people of Israel that it is not a right-wing government, but a left-wing government.”

Ben Gvir added that “this government has cut building permits like never before, froze de facto [Israeli] construction, and encourages Palestinian construction in Area C. It is a government that spits in our face and promotes extreme leftist agendas.”

“It is a shame that the Minister of Defense of the State of Israel meets with a terrorist who heads the Palestinian Authority, which finances terrorism, gives a reward to murderers of Jews, and names squares after them,” he said.

Israeli Hayom commentator Mati Tuchfeld wrote that Gantz’s meeting with Abbas is “the most worrying development since the formation of the government. And it takes place a few hours after the return of Naftali Bennett to Washington”.

“What else was in this meeting that is being hidden from us,” he asked.

Strategic advisor Berale Crombie wrote that “every time Netanyahu flew to Washington and I would hear the Israeli media report about “tensions” with the White House, I would be pleased. I knew that Netanyahu was standing for our principles and not folding. But when the former secretary-general of the Yesha Council finishes a visit to a democratic-progressive government and the briefings are on mutual compliments, I know Bennett has lost his way.”

MKs Nitzan Horowitz and Mosi Raz, of the Meretz party, welcomed the meeting.

“After a long and damaging disconnection of years with the closest neighbors, it is time to resume dialogue and cooperation with the PA. This is what I did in my meeting with the Palestinian Minister of Health a few weeks ago, and this is what should be done in all areas – civilian, economic, security and political,” said Horowitz.

Israeli analyst Yoni Ben Menachem with the Jerusalem Center for Public Affairs (JCPA) believes that the meeting was a political play by Gantz.

“In his meeting with Abbas, Gantz obtained headlines and overshadowed Bennett’s meeting with Biden. He is looking for ways to strengthen his political status and position himself as the next prime minister. The cracks in the Bennett-Lapid-Ganz government have begun, the explosion will come later and Netanyahu will benefit,” he explained. 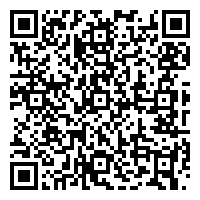