After viewing it over the weekend, Netanyahu’s lawyers expressed great satisfaction with the letter they received last Thursday from Attorney General Avichai Mandelblit, detailing the suspicions against their client, Maariv reported on Sunday.

According to the defense attorneys, Case 2,000 is already dead in the water, seeing as the only breach of trust committed by Netanyahu according to the case, was committed against Yedioth publisher Noni Moses – Bibi promised to curb Israel Hayom and didn’t. When the defense is done with this case, the judges would throw it out, the lawyers say.


Case 1,000, charging Netanyahu with receiving cases of cigars and champagne from two billionaires to the tune of about $190,000 over close to a decade is just not severe enough, the defense lawyers are saying, believing they could get it down to a court reprimand at most.

In this context, the lawyers point to the “dormitories case,” where the State Prosecutor’s Office decided to file an indictment against the PM’s wife, and the president of the Jerusalem Magistrate’s Court sent the parties to criminal mediation which concluded the case without fraud or breach of trust convictions.

Regarding case 4,000, the same attorneys claim that it is a precedent-setting case, attempting to establish a post-facto norm that has no place in any other country.

The case involves the communication conglomerate Bezeq and its owner, Shaul Elovitch, who also owned the news website Walla. In his role as Communications Minister, Netanyahu ordered the ministry’s director to issue a decision in favor of Bezeq – while police discovered evidence that point to Elovitch urging Walla’s editor to write stories that support Netanyahu.

Is that enough to prove a quid pro quo scheme between Elovitch and Netanyahu? The PM’s lawyers say that once they manage to do away with the bribery charge in case 2,000—which they are certain they would be able to—they could use that to eliminate the bribery component of case 4,000, since no money ever exchanged hands to favor Netanyahu.

In his letter to the defense lawyers, the AG refers only to case 4,000 as bribery, while cases 1,000 and 2,000 only depict “give and take” relationships – this despite the initial intent of the prosecution to charge the PM with bribery in 1,000 and 2,000 as well. 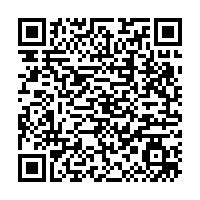