On Sunday morning, the Netanyahu cabinet unanimously approved a proposal submitted by Interior Minister Aryeh Deri (Shas) and Public Security Minister Gilad Erdan (Likud), to gradually close down the Holot detention facility about a mile from Israel’s border with Egypt.

According to the decision, the Holot Facility will receive an extension of about three months before it must be shut down. Ministers Ardan and Deri stressed that “the infiltrators will have to choose between going to prison or leaving the country.”


The facility was inaugurated on in December 2013 and is being operated by the Israel Prison Service. The High Court of Justice has annulled three sections of the Knesset law that permits the facility to operate, on the grounds of disproportionate infringement on the rights of the detainees. The facility includes three divisions, each of which accommodates 1,120 residents. From 10 PM to 6 AM, detainees are not allowed to leave the facility. During the day, residents are allowed to leave – in the past they were required to report three times a day, which has been reduced to one report daily.

Prime Minister Netanyahu told his cabinet on Sunday: “Our policy towards infiltrators is three staged: Stage one is halting. We built a fence and enacted laws that completely blocked the flow of infiltrators and today we have zero infiltrators. Second stage is removal. We removed approximately 20,000 out of the existing population of infiltrators, using various measures. Stage three is increased removal. This removal is enabled thanks to an international agreement I have reached, which allows us to remove the 40,000 remaining infiltrators without their consent.”

“This is very important,” Netanyahu stressed. “It will enable us later to make the Holot facility unnecessary and to use part of the vast resources we allocate there for inspectors and increased removal. That is why we are succeeding here. But our goal is to continue removing significantly more then what we have until now.”

Minister Erdan posted in his Facebook page: “The Holot facility was built so that the infiltrators would stay there indefinitely, and be unable to leave for work. Today, the High Court of Justice has limited their stay to 12 months, and infiltrators are allowed to leave early in the morning and return late at night.”

“In addition,” Erdan wrote, “we are obligated to finance a wide range of recreational activities and to provide an allowance to those staying there. Is this where the taxpayer’s hard-earned money should be spent?”

The infiltration from Africa into Israel began in the mid-1990s and expanded significantly from 2007 until the end of 2012, when most of the Israeli-Egyptian border fence was completed. Until then, some 65,000 infiltrators from Africa had entered Israel. According to data from the Population and Immigration Authority, in mid-2017 there were 38,540 registered infiltrators in Israel, not including children born in Israel, 99% of whom are African citizens – 72% Eritreans and 20% Sudanese. 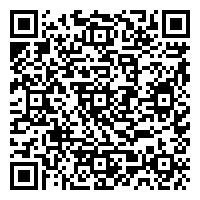