Communications Minister Ayoob Kara on Saturday tweeted: “Greetings and great success to Dr. Bader Tarif, Brigadier General, son of the Druze community, who this week begins his job as the new Chief Medical Officer of the IDF.”


Brig. Gen. Dr. Bader Tarif, the son of the director of the Druze courts, Judge Sheikh Salman Bader, is a resident of Hurfeish, a Druze town in the Northern District of Israel (population 6,077), replaced Brigadier General David Dagan as the IDF’s Chief Medical Officer, and is the first Druze to occupy this position.

Dr. Tarif participated in the 80-member Israeli humanitarian aid delegation to Nepal in April, 2015, after a magnitude-7.8 quake had struck the capital city Katmandu.

In 2011, Dr. Tarif was instrumental in setting up the evacuation to Israeli hospitals of an estimated 2,500 wounded Syrians who have been approaching the border asking for help.

“We referred to their evacuation as a military operation in every respect,” he told Yedioth Aharonoth. “They were evacuated to hospital in the quietest possible way, with the sole purpose of preserving the lives of the wounded when they returned home to Syria. We could imagine what would happen to them if it were known that they had been treated in Israel.”

Dr. Tarif is married to Janan, a history teacher and a didactic expert by profession, “one of the best choices I ever made,” he says. Their son, Salman, 19, who will soon begin to study dentistry as part of the military reserve; their daughters Asil, 16, and Lila, 13, attend school and are often angry at their father, who, “instead of writing them notes to school when they are sick, tells them It will pass.”

Like the rest of the IDF, the Medical Corps is engaged in seeking ways to use technology to improve medical issues. Currently in development is a bracelet that will measure the vital parameters of each casualty, his blood pressure and pulse, and broadcast them in real-time to a senior doctor in the command post. “Such a bracelet will help the young doctor in the field make an informed decision – which of the wounded is in the most urgent need of evacuation, because he is in immediate danger, and who can wait,” says Brig. Gen. Tarif.

Another area that concerns the Corps experts is the need to protect body parts that are not yet protected. “We are very disturbed by the issue of protecting transit zones, such as armpits and the groin, where bleeding is difficult to control,” Tarif says. “One of the products currently under development is modular protective underwear to be worn in dangerous conditions, such as in an area subject to explosive detonation, to protect the groin area.” 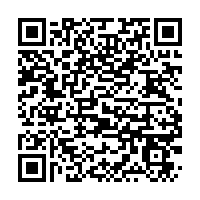