If you are already bored with the US presidential campaign rhetoric, do we have a debate for you!

Tonight’s debate in the swing state of Florida will not be the standard snooze, and you can watch it on your very own computer screen.  Among the players are one vegetarian, animal rights, nuke-the-terrorists rabbi; a Christian Zionist whose opposition to Islamic terrorism has placed his group on the Southern Poverty Law Center’s list of hate groups; a dyed in the wool Democratic Party leader; and a former high school teacher who debates as if his life depends on it.  He thinks it does.

Florida is one of the key swing states in play in this year’s US presidential campaign.   President Obama made a personal visit to  Century Village in Boca Raton, Florida last month, and newly-annointed Republican vice presidential candidate Cong. Paul Ryan (R-WI ) made one of his first official campaign visits there.  Ryan appeared with his Wisconsin-based mom, who lives part of the year in Florida.

Within the swing Sunshine State,  Florida’s 639,000 Jews are attracting a lot of the campaign attention.  According to a Boston Globe article this week, President Obama is losing some support amongst Jewish Floridians.   Although Jews constitute only 3 percent of Florida voters, their high voter turnout means they may account for as much as 7 or 8 percent of the vote.

Which brings us to tonight’s debate.

Rabbi Barry Silver is the religious leader of the 200-family Reform congregation L’Dor Va-Dor in Lake Worth, Florida.  His shul has been holding the Rabbi Sam Silver Controversial Issues Series for years.  Topics they have addressed include: “Which branch of Judaism is the most authentic?” and “Is vegetarianism consistent with Jewish law?”

On May 15, 2012, the Controversial Issues Series held the first debate in this year’s election series.  The question debated then was: “Is President Obama Good or Bad for Israel?”

Tonight’s question is a slightly broader one: “Should Jews Vote for Obama or Romney?”

The same quartet from May is back for tonight’s rematch.  In the blue corner, representing the pro-Obama vote, is Mark Alan Siegel, chair of the Palm Beach County Democratic Party, and Rabbi Barry Silver.  In the red corner, speaking for the pro-Romney vote, will be Alan Bergstein, a transplanted Brooklynite, currently a South Florida pro-Israel activist and Tom Trento, president of The United West.  The United West describes itself as a counter-jihad organization.  It is adamantly supportive of Israel, which Trento describes as America’s beacon of light in the Middle East.  Siegel, however, described Trento and Bergstein as anti-Islamic extremists.

In the earlier debate, Trento seized on Siegel’s statement, that “there is more to this election than merely Israel.” To which Trento responded: “no, there isn’t, there’s one issue – it’s Israel.  It isn’t abortion, it isn’t healthcare, it’s Israel.”

This afternoon, speaking by phone to The Jewish Press, the Palm Beach County Democratic Chair said that in tonight’s debate he “will be presenting a drash, based on traditional Jewish sources, which make clear that Jews should vote for Democrats, because that party is more consistent with traditional Jewish values.”  Siegel especially focused on “the Democratic party being more representative of the Jewish belief in communal responsibilities, such as for education, than is the Republican party,” which he said “focuses on individual responsibility, in other words, everybody for himself.”

In contrast to Siegel, who is a party line supporter of President Obama, Rabbi Silver is less enthusiastic.  Silver told The Jewish Press that the president “speaks well, but what he does doesn’t match up with the rhetoric.”  The Republican challenger, however, fares even worse.  In Silver’s estimation, “Romney doesn’t even say the right things, and unlike Obama’s baby steps in the right direction, Romney is taking huge leaps in the wrong direction.”

But just when you start to chalk up the Reform Rabbi’s positions as predictable of a solid left-leaning Democrat, he shatters that stereotype.

“Israel and the US and the rest of the western world should declare war on terrorist groups, such as Hamas and Hezbollah, and also Ahmadinejad,” Silver explains.

“How does the world expect Israel to achieve peace with those terrorists?” asked Silver.   “Just as during World War II we didn’t try to find a way to live with the Nazis, we defeated them militarily, and then we found friends with whom we could make peace.”  According to Silver, “the same has to happen with the Islamic fundamentalists.” 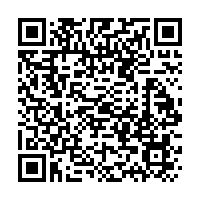