The final say on whether or not Israel will go it alone against Iran’s nuclear facilities depends on the two architects of that plan, and on the IAF which will carry it out. It will also depend on the Obama Administration and on whether or not the Saudis and the Gulf states will give their tacit approval. But that same decision will also depend on the approval of a 92-year-old Sefardi Rabbi from Jerusalem, whose thumbs-up or down could kill the plan or give it life.

The meeting focused on the possibility of an Israeli attack on Iranian nuclear facilities, and the support of Shas ministers Yishai and Attias for this move. This disclosure, as expected, was publicized in major Israeli media.

A source at 45 HaKablan Street in Jerusalem, Rav Yosef’s home, told Kikar HaShabbat that “this was a secret meeting; even the closest people didn’t know about it. Friday, immediately after the morning prayers, Yaakov Amidror arrived and entered Rav Ovadia’s room and the secret conversation began.”

Approximately 20 years ago, Hosani Mubarak, then president of a powerful Arab nation, invited Rav Ovadia Yosef to his residence to thank him for his support of the peace process and to forge personal ties with him.

Mubarak understood then what many political leaders caught onto only later on, that Rav Ovadia Yosef is the key to the entire political and security process in Israel. His influence on his party is prominent and his word has ramifications in wider spheres of influene.

Things have changed since then in Egypt, but not in Israel. Mubarak lost his leadership, but Rav Ovadia’s positon and influence have only grown stronger. Several months ago, the Mubarak Family asked Rav Yosef to pray for the deposed ruler’s health and that he be saved from the prison where he is now. In one of his lectures, the Rav commented that immediately after receiving the request, he prayed and wished Mubarak a complete recovery and that he be released from prison.

This month, the Forum of Eight Cabinet Minsiters, which became nine last week with the addition of the new Home Front minister Avi Dichter, is expected to decide whether or not to attack Iran’s nuclear facilities. The votes in the Security Cabinet are equal. Netanyahu needs the support of the Shas ministers, which in reality means the approval of Rav Ovadia Yosef.

It took Yitzchak Rabin 3 meetings with the Rav to present the outline of the Oslo Accord with the Palestinians. Ariel Sharon came twice to convince the Rav of his decision to expel the Jewish residents of Gush Katif; however the president of the Council of Chacmei Torah didn’t even take a minute to think. “Your plan is terrible, and in the future it will become clear how mistaken your plan is. I suggest that you do not implement it.”

Prime Minister Ehud Olmert updated the Rav on the night before the attack on the nuclear reactor in Syria and he came to his house on the first day of the second Lebanon war.

In the last stages of the operation before the release of Gilad Shalit, Rav Ovadia’s approval was necessary to complete the list of prisoners to be freed. After the list was complete and Hamas had submitted their list of prisoners to released “without which there is no deal,” the name of Salah Hamouri, a terrorist that had planned to assassinate Rav Ovadia Yosef, appeared on the list. He had been indicted and sentenced to 15 years in prison, but had only served 7 years of his sentence.

Israeli security personnel realized that, in this case, the strong opposition of Rav Ovadia could undermine the entire deal. They decided to send Yoram Cohen, Secret Service commander to the Rav’s house. Cohen had a good relationship with the Rev for many years and the Rav admired him. However, in contrast with previous instances, the Rav refused to release the prisoner due to reasons not connected to him personally.

Utimately, the person who succeeded in getting the Rav’s approval was French ambassador Christof Bigot, one of the most active behind-the-scenes negotiators. During his tenure in Israel, he enjoyed a very warm relationship with the leaders of the Shas party.

That was the background against which Amidror’s visit has taken place.

“Everyone was asked to leave the room. Only the Rav, Interior Minister Eli Yishai and Yaakov Amidror remained in the room. The conversation lasted about 45 minutes while Amidror presented to Rav Ovadia political information known to the Intelligence Unit and estimates of the dangers to Israel if Iran succeeds in creating nuclear ammunition. Amidror explained the importance of preventing Iran from becoming a nuclear power.”

The source added, “At the end of the meeting, it was obvious that Minister Yishai was very upset and worried. It looked like it hadn’t been an uncomplicated meeting. We have to bear in mind that Eli Yishai opposes attacking Iran , while Amidror was representing the Prime Minister, who, apparently, wants Israel to attack alone if need be.”

In conclusion, the source said that if the Rav’s opinion was against the attack, it is possible that after the meeting it changed.

“If until now Rav Ovadia had a strong opinion against an Israeli attack, now the Rav knows more information about the nuclear danger Iran poses and it seems that after this meeting there is a possiblility that the Rav would support an attack. However, the Rav has still not expressed his opinion. According to my opinion, we can expect further meetings with Netanyahu’s people,” the source estimates.

Another source involved in the meeting told Kikar HaShabbat, “We’re referring to a pressure campaign on the Shas party and Interior Minister Eli Yishai by the Prime Minister’s office to support a possible attack against Iran.”

Rav Ovadia alluded to an attack on Iran during a class he gave yesterday and said, “Hashem should have mercy on us. We need the mercy of our Creator, may His name be blessed and exalted. He has mercy on us, like a father has for his children. We are beseeching Hashem not to let the evil thoughts of these wicked men materialize. May Hashem pay them what they deserve.”

The Rav continued, “Like Hashem did to Haman, so He should do good for us. We turn to Hashem to have pity on us. We have no other recourse, but to rely on our Father in Heaven.”

Rav Ovadia also addressed the disagreement within Israel about attacking Iran. “They are capable of bringing about mass destruction, God forbid. May God nullify their thoughts.”

At the end of his words, the Rav said, “We cannot sit idly by. The nation of Israel is in danger, we are not in regular times. Therefore, every person should attend the Sllichot (supplications) prayers tomorrow.”

Dan Shapiro, the new American ambassador to Israel, relates that even before he got to his new post in Tel Aviv, he made note of the fact that he had to establish a good relationship with Rav Ovadia Yosef. Therefore two days after presenting his letter of credence to President Shimon Peres, he approached the office of Interior Minister Eli Yishai to get an appointment with the Rav, which took place later that week.

The conversation between the Rav and the ambassador was friendly. The ambassador spoke in Hebrew and told the Rav about his religious affiliations and his studies in yeshiva. Since then, the two meet frequently, and the Americans will definitely try to employ Dan Shapiro, within the next few days, to convince the Rav not to support the attack on Iran. 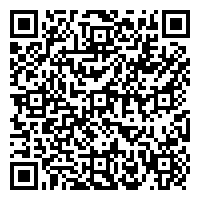