Ezra, who was serving as a Kadima MK, was born in Jerusalem in 1937. He served in the IDF’s Nahal Paratrooper brigade from 1955-1958, and joined the Shin Bet in 1962. Over a career that spanned 33 years, he rose to become the Deputy head of Israel’s domestic intelligence organization. He received a degree in Geography & Political Science from Haifa University.


After his tenure in the Shin Bet, Ezra embarked on a political career, joining Likud in 1996. In 2003, he joined Ariel Sharon’s cabinet as Minister without Portfolio, and also briefly served as Tourism Minister and Internal Security Minister. Ezra followed Sharon when the latter broke away from Likud and formed Kadima, and in 2006 he was appointed Minister for Environmental Protection in the Olmert government. He was in the midst of his 5th Knesset term.

Prime Minister Netanyahu released a statement, saying “Gideon loyally served the Land of Israel throughout his entire life.” And in a reference to Ezra’s long tenure in the security establishment, Netanyahu said “[h]is contribution to the security of the state was considerable; most of it will remain secret. My wife and I send our condolences to his wife and family. May his memory be blessed.”

Shaul Mofaz, chairman of Kadima, said that “Gideon always stood up for his principles and values. He arrived at the Knesset even when his health deteriorated and was involved in the work to his last day.” 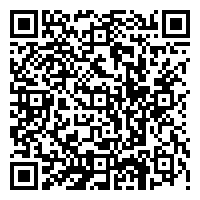