The Israeli government on Sunday approved the transfer of 22 million shekel ($6 million) to expand the Jewish community in Hebron, Israeli media reported Sunday morning. The new neighborhood will include 31 housing units and several kindergartens and public areas. The plan has already been approved by the Civil Administration, and the state will be able to begin construction after receiving the budget.

The new neighborhood represents the first significant construction in the Jewish community of Hebron for more than a decade, and is being viewed as an attempt by Defense Minister Avigdor Liberman to compete against his arch-nemesis Naftali Bennett over votes from Judea and Samaria, when early elections are announced.

Liberman tweeted Sunday: “A new Jewish neighborhood in Hebron, for the first time in 20 years. In place of a military camp we will establish a new neighborhood. Thirty-one apartments, two kindergartens and a dormitory will replace military barracks. I thank the Prime Minister and the ministers who supported the approval of the Hezekiah Quarter Plan, which I initiated. This is yet another important milestone in the extensive activity that we are leading to strengthening settlement in Judea and Samaria, through actions.”

Joint Arab List chairman MK Ayman Odeh condemned the decision on Twitter, complaining that “the right-wing, incitement government continues to set fire to the region and to shout afterwards that there is no partner [for peace]. To the benefit of a handful of extremist settlers, the government is treading on its citizens.”

The neighborhood will be built on a vacant IDF base, between the central, Beit Romano neighborhood, and Shuhada Street, the main traffic artery in the Jewish community of Hebron. The land included in the project is verified as privately owned by Jews.

The budget, which will include works to establish the new neighborhood and the reduction of the military area, will come from 14 government ministries. The Defense Ministry will allocate 2.8 million shekel ($773,000) for construction, and the rest of the budget will come from the Ministries of Science, Environmental Protection, Social Equality, Justice, Agriculture, Education and Culture. art of the money will be taken from next year’s budget. 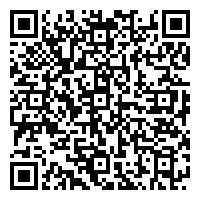