The demolitions were approved last week by the High Court of Justice, which rejected the petition of the families of the terrorists against the demolition.

In their ruling, the judges wrote: “In these difficult and challenging and volatile days, the security forces stand guard and defend with devotion the lives of the citizens of the state and public order, and the political echelon is also required to offer a balanced and determined policy.

“Unfortunately, there are terrorist attacks that are successful, and their results are bitter and painful, like the one in which Hadas Malka was murdered,” the judges wrote, stressing: “We reiterate that the use made pursuant to Regulation 119 for the purpose of sealing and demolishing the homes of terrorists is a deterrent, and not a punitive, means”

Regulation 119 of the Emergency Defense Regulations is a remnant from the British Mandate of Palestine, and determines that the military is permitted to demolish homes from which terrorists carried out attacks, or the homes of terrorists who attacked elsewhere. 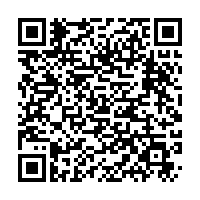