Thousands of Iranians in several major cities, including Mashhad, Neyshabur, Shahroud, and Yazd, rallied in the streets on Thursday against poverty, unemployment, and the rising cost of living. They carried signs with the slogans “Death to Rouhani, and Death to the Dictator,” the term “dictator” referring to Supreme Leader Ali Khamenei. The protesters also denounced Iran’s promotion of violence around the Middle East.

The country is holding its breath in anticipation of events on Friday, the Muslim day of rest.

Journalist and author Babak Taghvaee tweeted on Thursday that when a Mullah (Shia cleric) popped up among crowd of people protesting financial corruption of Islamic regime authorities in Mashhad, the second largest city in Iran, people chanted, “Akhoonds (the Mullahs) be ashamed, and leave Iran.”

“Protesters in Iran chant ‘Reza Shah, Bless Your Soul’ – referring to Reza Shah the Great, the founder of the Pahlavi dynasty, the nemesis of the clerics, the modernizer of #Iran,” Taghvaee tweeted, adding, “People of Mashhad shout ‘Islamic revolution was our mistake’ during their protests against corrupted authorities of Iran Islamic regime today.”

According to Taghvaee, calls for peaceful rallies to protest poor living condition and the corruption of the regime can be found in Instagram. Not only in large cities of Iran such as Tehran, Shiraz, Isfahan, and Tabriz, but people in small towns also support people of Mashhad ahead of Friday’s rallies.

According to IranFocus.com, Thursday’s demonstrators pointed to the billions the regime has spent on the war to keep Assad in power, and chanted, “Leave Syria, think about us.”

President Rouhani expected the nuclear deal of 2015 to restore Iran’s economy, as most international sanctions were lifted. But those economic benefits did not trickle down to ordinary Iranians, who believe their desperate economic situation is the result of government corruption and mismanagement.

An estimated 3.2 million Iranians are unemployed, out of a population of 80 million, with unemployment rates rising to 12.4% in 2017.

Iran’s Supreme Leader Ali Khamenei blamed President Trump for Iran’s economic woes. Trump refused to certify that Tehran is complying with its nuclear deal and warned he would eventually terminate the deal. Trump also promised a more aggressive approach to Iran over its nuclear and ballistic missile programs, as well as its spreading terrorism in the Middle East.

Taghvaee tweeted Thursday that Iranian Police completely suppressed the protests in Mashhad people at 4 PM local time. Almost 50 people are arrested and tens of others were slightly injured. No one died. 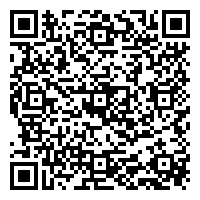