Given the amount of articles about Israeli “apartheid”, it is notable that Israelis Arabs live longer on the average than Muslims or Arabs in their own countries.
To be sure, the report notes that the life expectancy of Israeli Arabs is some four years lower than that of Israeli Jews. It didn’t give enough details to determine if this is because of their generally lower socio-economic status. It would be interesting to compare this statistic with those of Haredi Jews, who are generally on the same socio-economic levels in Israel.
Another related reason that could explain the gap is that Israeli Jews are much more likely to seek private specialists not covered by insurance than Israeli Arabs are, according to the report.
How about Palestinian Arabs? Where do they fall in the chart above?
According to this site, the Palestinian numbers would be 73.3 (2015) and 70.6 (2000), putting them in the middle of the pack.  Given that they have been involved in three wars in Gaza and a years-long intifada in the territories, it doesn’t appear that Israeli defensive actions have hurt their life expectancy at all. Their life expectancy has continuously increased since Oslo, although not as fast as those of Israeli Arabs.
Advertisement 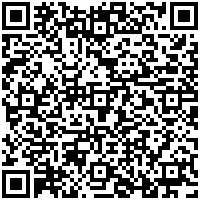