About 11,000 polling stations have been deployed throughout Israel and more than six million citizens will be able to exercise their right to vote.

The polling stations were opened Tuesday morning in 251 municipalities and the signal was given to start Election Day, which in Israel is a day off for employees of the public sector and many companies. Supermarkets remain open, however, and the beaches are amazing as a benign weather envelopes the country, north to south. Turns out God likes democracy.


6,653,808 eligible voters will be allowed to go out and choose their favorite local representatives, of whom 270,000 are 17-year-old Israelis, who have been added to the rolls for the first time.

These are the most contentious municipal elections in years in Israel, as the three largest cities—Jerusalem, Tel Aviv and Haifa—are seeing very close races. In Jerusalem there have already been complaints of suspected fraud at the polls, when residents of a Haredi neighborhood in the city came to vote and discovered that their names had already been used. Ouch.

As of 10:00 AM, about 350,000 people, 5% of the eligible voters, exercised their democratic right and voted. By the way, in Israel you don’t lose your right to vote when you’re behind bars, so prisoners are voting today like those who haven’t been caught yet.

Data from the Ministry of the Interior indicate that 703 candidates are running for mayor and head of municipality, out of whom 665 are men and only 58 (10%) women. 13,478 men and 3,975 women are running for local councils around the country.

The first results are expected to come in during the night, and in some municipalities they expect a second round in two weeks, should no mayoral candidate receive 40% of the votes. 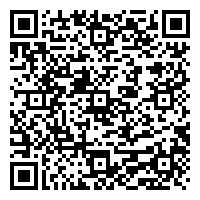