The IDF Chief Prosecutor, Colonel Sharon Zagagi-Pinhas, on Thursday invited Elor Azaria defense attorney Yoram Sheftel to discuss the possibility of deleting the appeals filed by both parties with the military court of appeals: the prosecution’s request to toughen Azariah’s sentence of a year and a half in prison, and the defense’s request to reverse the soldier’s conviction or at least significantly reduce his sentence.

Azaria was convicted of killing an Arab terrorist in Hebron after the latter had been neutralized.


At the end of the most recent hearing of Azaria’s appeal this week, the judges asked the defense and the prosecution to consider a compromise. The president of the Court of Appeals, Maj. Gen. Doron Piles, said that the parties should “try and communicate.” Jerusalem District Court Judge Tzvi Segal, who served on the appeals panel and was involved in numerous exchanges with the attorneys of both parties, said that “every outcome of this appeal is problematic,” and therefore suggested that the parties meet to “rise above” their sharp past disagreements.

When Azaria’s former defense attorneys Ilan Katz and Eyal Bessarlik discussed the possibility of a compromise with the Military Prosecution, they were criticized by Sheftel, who took over the case from them and submitted the appeal on behalf of Azaria. 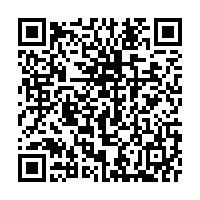