In their hatred, Yair Lapid, Avigdor Liberman, Moshe Yaalon and the Israeli High Court nearly dragged Israel’s democracy down an anti-democratic rabbit hole it should never have even approached.

There is no doubt that Yuli Edelstein saved the day by quitting in protest and calling out the High Court for their illegal and dangerous ruling.

It was that impetus that gave Benny Gantz the courage to make the decision he should have made a long time ago — step away from the haters.

This crisis exposed a lot of things about Israeli politics – both good and bad.

Arab MKs
The Arab MKs complain about being excluded, they complain they are delegitimized.

Yet none of them were able to control the anti-Israel, anti-Zionist, pro-terrorist garbage spewing from their party’s MK’s mouths for even two minutes from the moment Blue&White approached them to support the B&W coalition.

How do they expect to be included when, after being given the chance to be equal partners in this Jewish enterprise, they talked about dismantling the Jewish State, while praising terrorists?

The Likud needs to spend the next few years building up a new Arab party and Arab candidates, consisting of Arab Israeli citizens who care about Israel, who are Zionists (and there are plenty of Israeli-Arabs, Druze and Bedouin who are), and who care about the people that voted them in.

The Israeli High Court
The High Court proved beyond a doubt that they not only overstepped the bounds of their authority, attempted to overthrow the laws and government of Israel, but that they openly make their decisions based on their personal political biases and goals.

I don’t know if this unity government will be able to fix this problem, but it is clearly one of the most serious problems Israel faces.

But he is, and yesterday he showed tremendous courage to do what he did. It’s a good first step. But we won’t be surprised if he quits before his turn to be prime minister.

Amir Peretz
What can we say about Amir? We all knew he wanted to switch sides. And we all knew he couldn’t do it alone.

Yoaz Hendel and Zvi Hauser
In the end they both did the right thing, but they deserve no accolades.

They only left when they saw the wind blew the other way, led by Benny Gantz.

Better late than never. But I hope they both learn and grow from this.

Electoral Threshold
Avigdor Liberman has been the biggest advocate for increasing the electoral threshold (the minimum number of seats needed to win for a party to enter the Knesset), and it brought us to exactly the position he wanted to be in, where a small, irrelevant party has the ability to extort everyone.

The electoral threshold must be abolished, and we need to see one and two-person parties in the Knesset again.

Avigdor Liberman
The villain. His hatred of Netanyahu and his hatred of so many other sectors of Israeli society not only defined his party, but is what brought us to this point.

He raised important social issues that need to be discussed and worked out in Israel, but his solution was that Israel do it his way, or no one was going to do anything at all – which is why we spent the last year in endless elections.

Hopefully he and the hatred he rode in on will disappear forever from Israeli politics.

Yair Lapid
The loser. What was his message? “Just Not Bibi.” That’s it. That is literally the only issue Lapid did not zig-zag on. Well, now this petty politician has another person he hates.

Moshe Yaalon
It’s being said around Israel that Yaalon stuck a knife in IDF soldier Elor Azaria’s back, and now Gantz stuck a knife into Yaalon’s back in return. It seems to be an apt metaphor.

Benjamin Netanyahu
Let’s state the obvious, someone who could pull off what he just did, is the person we need to lead this country, especially through a major crisis. I am happy to see that he is now peppering his talks with more Jewish flavor.

Amit Segal
This electoral crisis without a doubt promoted Segal to Israel’s premier reporter and political analyst. His reporting and analysis were spot-on throughout. Well-deserved.

Israel’s Parliamentary System
I like that our parliamentary system allows for so many different social and ethic sectors to be represented, and it’s not winner-takes-all. Diversity is good.

But let’s face it, the system is broken. There’s no balance of power. There’s no real or clear division of power between the Knesset and the Government. There’s no direct representation. This needs to be fixed, things need to be better defined – but not by throwing out the baby with the bathwater.

The Rightwing Bloc
Wow! Who would have thought they could be so loyal to one another and to Netanyahu. True, the constellation of votes wouldn’t make any jump to the left easy, but still, they stuck it out together. 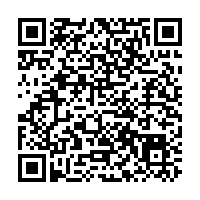