Levin asked Netanyahu about the relationship between Israel and the United States, and the decision by President Donald Trump to recognize Jerusalem as the capital of Israel.


“Iran is trying to build an empire – an aggressive empire,” Netanyahu warned.

“Everybody said after the nuclear deal that Iran coming out of the gate would be a more moderate, more peaceful country,” he continued. “The exact opposite has happened.

“They use the relief of sanctions to get billions and billions of dollars which they use to fund this aggressive empire to fund terrorism worldwide – to fund aggression. And I think it’s important to prevent them from continuing these malevolent acts.”

The prime minister was interviewed on the program, “Life, Liberty & Levin” which debuts this Sunday at 10 pm on the Fox cable network. 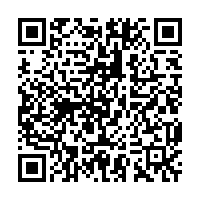