The Regavim Movement petitioned the High Court of Justice on Tuesday following a statement by Supreme Court Chief Justice Miriam Naor on Tuesday morning, notifying the government that the representative of the Supreme Court will be absent from the state ceremony taking place on Wednesday in Gush Etzion to mark the 50th anniversary of the liberation of Judea and Samaria.

If this is not an official event, the court must order its annulment, the organization contends.


Naor’s office published a statement earlier Tuesday saying she had decided to cancel the participation of Judge Neil Hendel as the representative of the judiciary at the state ceremony officially recognized by the government of Israel.

Regavim attorney Avi Segal submitted the petition to the High Court of Justice, challenging the decision by Naor on the grounds that the participation by judiciary staff in state ceremonies is a “constitutional practice” of legally binding force.

“The same method of appointing judges to the Supreme Court . . . is valid only because it is a “constitutional practice” that has existed as a longstanding governmental convention,” Segal said.

“The ‘seniority system’ requires no less than the participation of a representative of the judiciary in the state ceremony,” he said. 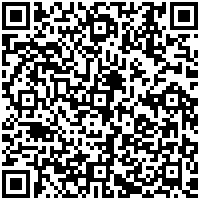