Hundreds of mourners gathered to escort the body of Youssef Ottman, 24, as he was laid to rest Tuesday afternoon at the cemetery in his hometown of Abu Ghosh.


The young security guard was protecting the Jerusalem suburb of Har Adar earlier in the day with three others – two of whom also lost their lives – when he was shot and killed by a Palestinian Authority Arab citizen whom he thought he knew.

Nimer Mahmoud Ahmad Jamal, 37, of Beit Surik came to the back entrance gate as he has several times a week for the past two and a half years, before entering the community for work as a house cleaner. But this time when he was asked to present himself for the routine search, he instead pulled a concealed pistol and shot the man who thought he was a friend at point-blank range.

“Two men went to work this morning,” Regev said. “One for life, one to save lives, and one for death, who went to take life away.

“We have no tolerance for people who carry out cowardly terrorist attacks,” she said, adding that Prime Minister Benjamin Netanyahu had declared Jamal’s house would be demolished, and his family’s Israeli work permits revoked.

Ottman, she said, would have won in a fair fight, having been a trained combat soldier. But the terrorist exploited the fact that Ottman knew him and thus he was able to get close before drawing his gun to fire and kill him.

Two in One Day: Stabbing Attacks Foiled at Cave of Patriarchs in Hebron 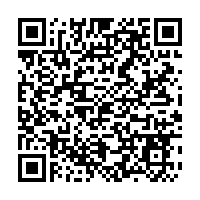