The legal counselors working for the Defense Ministry and the IDF, who were asked to consider whether the restriction on Jewish land acquisition in Judea and Samaria could be abolished, have submitted opinions confirming the concept of allowing Jews to purchase land in these territories as private individuals, the Regavim Movement reported Sunday morning.

The Regavim press release claims that these constitute revolutionary opinions, which the settlements enterprise has been anticipating for years.


The opinions in question are now sitting on the desk of Deputy Attorney General Erez Kaminitz, and are expected to be supported by AG Avichai Mandelblit.

Major Zvi Mintz, who heads the real estate dept. of the civil administration’s judicial counseling in Judea and Samaria, wrote in his opinion: “We believe that the existing distinction in Jordanian law between Arabs and non-Arabs can be effectively eliminated.”

According to the relevant Palestinian Authority law, only Jordanians, Palestinians or “foreigners of Arab origin” are allowed to purchase land in Judea and Samaria, while Israeli Jews are not permitted to carry out real estate transactions in the same area, and must rely instead on intermediary companies with the approval of the civil administration.

Mintz added that “Prohibition of real estate transactions on the basis of national affiliation causes some discomfort,” seeing as it’s hard to find a more racist exercise of apartheid against a specific ethnicity in purchasing land.

Mintz quoted from a Judge Edmund Levy’s committee report which says that the PA ban “not only infringes on a fundamental right long recognized by our legal system, but also exercises discrimination stemming from an improper motive.”

Mintz wrote that in the opinion of the attorney general, there is no legal impediment to changing the law in question with a decree stating that the head of the Civil Administration is authorized to permit the acquisition of land in the area by any individual, regardless of their ethnicity.” However, Mintz also cautions that such a move could have implications in terms of international law, and that the justice ministry should look into this aspect.

“This amendment may be seen as a violation of the laws of belligerent occupation,” Mintz wrote, adding that “this could lead to significant international criticism, and it would be necessary for the political echelon to consider this aspect as well.”

The defense ministry’s legal counselors have also expressed their support for the proposed move, noting that “existing legislation in the area poses difficulties and hurdles which a non-Palestinian entity is required to endure in seeking to purchase land in the area.”

MOD advocates Hannah Vingut and Hanan Arbel said in a statement that “this justifies a legislative amendment that would eliminate the distinction between those of Arab origin and those who aren’t, which would permit the purchase of real estate in the area by anyone.”

According to Wingot and Arbel, “The need to obtain a transaction permit is intended to prevent the acquisition of real estate by hostile entities, which used to be the justification under Jordanian rule (1948-1967 – DI). This justification raises the question of the status of the person applying for a permit, including an Israeli, and the perception of the latter as a hostile factor in circumstances where the Israeli military government is the sovereign in the region.”

“At last, the State of Israel is working to repeal the racist Jordanian law prohibiting the sale of land to Jews,” said attorney Boaz Arazi from the Regavim movement. “Removing these archaic and racial barriers constitutes a Zionist and moral stance, and a minimal Israeli response to the PA crime of persecuting anyone who sells land to Jews.” 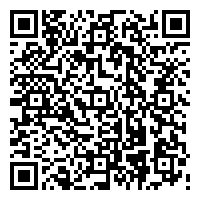