Attorney General Avichai Mandelblit said in a private conversation Monday that should his recommendation for a replacement for retiring State’s Attorney Shai Nitzan be ignored, he, the AG, would declare that any other appointment is legally prohibited, Channel 13 News reported.

Mandelblit informed Justice Minister Amir Ohana (Likud) last week that the next State’s Attorney would be the current Deputy State’s Attorney, Shlomo Lemberger. In a tense meeting in Eilat, Mandelblit made it clear that his decision outweighed the justice minister’s – whose appointment had been made by PM Netanyahu in a transitional government. Mandelblit also objected to Ohana’s intention to interview other candidates for the post.


On Saturday, Minister Ohana addressed the appointment of a new State’s Attorney, saying: “During a transitional government, there won’t be a search committee to help appoint the next person in this office. It is my job, according to the law, to appoint a replacement, which I will do.”

The appointment – whether the pick is Mandelblit’s or Ohana’s – is only temporary, since a permanent new state’s attorney may not be appointed by law during an election and under a caretaker government.

Ohana included Lemberger in his list, but added four candidates, one of whom, Deputy Attorney General Raz Nazri, has already announced he was out of the race.

Despite the appearance of a wild west style clash between two gunslingers (preferably at high noon), there’s little Mandelblit can actually do to stop Ohana, who is the minister responsible for the judiciary system. However, a public scolding of Ohana for appointing someone other than Lemberger would also mean that, should the minister’s choice be challenged in front of the High Court of Justice – which it surely will be – the AG would refuse to represent the state.

This would not be the first time an AG refused to represent in court a government position to which he objected. However, in some previous cases, the AG set limits to the level of alternative representation the government could use. In a 2017 appeal against the interior ministry’s decision to forbid opening supermarkets on Shabbat, Mandelblit only permitted Minister Aryeh Deri to submit a written opinion to the court, insisting on representing the ministry himself. 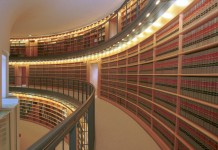 Where Am I: On High 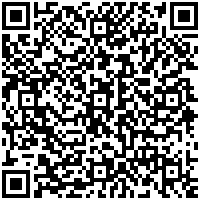