Israel wishes to use the legal concept of “market regulation” for the first time since 1967 in regard to Israeli settlers who purchased private Arab land in Judea and Samaria, Israel’s Channel 1 TV reported Sunday. The state’s unprecedented use of the regulation was raised in its response to the High Court of Justice on Sunday, over a petition dealing with the outline plan for the settlement of Ofra in Samaria.

The market regulation, which is a modern variant of Jewish law, allows the buyer, if he has fulfilled certain conditions, to acquire ownership of the property despite the defect in the transfer of the property. The regulation balances ownership rights with the stability of the marketplace.


The market regulation is close to the legal concept of Marché ouvert (legal French for “open market”), which originated in medieval times, governing subsequent ownership of stolen goods. In general, the fact that one purchased stolen goods does not entitle them to the goods, but under “marché ouvert,” if said goods were openly sold in designated markets between sunrise and sunset, provenance could not be questioned and effective title of ownership was obtained.

Regarding real estate, Israeli law’s market regulation requires that the land in question is registered in the Land Registry (Tabo, or Tapo in Turkish); that the buyer paid compensation for the transaction and the transfer of the property was completed; it is assumed that those who have not completed their registration apparently still have not paid the entire consideration – and therefore the original owner will lose more if we leave the situation intact; in most cases, the full amount has already been paid and the waiting is only procedural; the buyer purchased the property in good faith without knowing that they belong to another person.

During the High Court of Justice hearings, it was discovered that parts of the Ofra settlement’s area—11.1 acres, belong to Arabs but were mistakenly considered by the state as government property. In the past, the state told the High Court that it intended to revoke the private land that had been mistakenly thought of as expropriated land. However, in its announcement on Sunday, the state argued that the market regulation clause in the military law which governs the disputed territories makes it possible to leave the Ofra plan intact, since the transaction had been made in good faith.

This announcement by the state follows an opinion given by Attorney General Avichai Mandelblit last week, reflecting a change in the state’s attitude toward private Arab land, making it possible in some cases to expropriate private Arab land for the use of Israeli settlers. 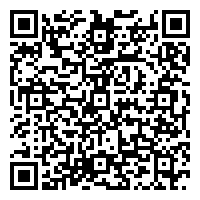