“We haven’t gone crazy, and we’re not giving up our reputation,” Direct Polls, a digital survey service, wrote on their Facebook page Thursday night, “But tonight we are presenting an election survey which is unusual and contrary to everyone else’s trends.”

They explained: “Our abilities over the last two years have proven that we are first to recognize trend changes. In the coming days we will know whether we were right this time, too.”

The survey was conducted by Direct Polls LTD on February 19 and 20, 2020, using a digital system integrated with a panel, among a sample of 976 individuals from the adult Jewish population (18+) in Israel, with a Statistical sampling error of +-3.8%, a 95% probability. In addition to this sample, three other large surveys were conducted in the Arab, religious Zionist and Haredi sectors. A total of over 3,000 people were sampled and weighted for the results of this survey.

Blue&White, after a hard week rife with accusations of corruption against two of its top four leaders: Benny Gantz and Gabi Ashkenazi, both of them former IDF chiefs of staff, loses 2 seats, with those voters becoming undecided. Those 2 mandates are Blue&White’s center-right voters, who followed former chief of staff Moshe Yaalon to the new party. Apparently, they’ve had enough.

But despite abandoning Blue&White, these center-right voters did not move to the Likud. The serious decline in Gantz’s power is not reflected in Netanyahu’s situation. He retains his 31-seats from last week, and nothing more.

Netanyahu’s partners, Yamina and the two Haredi parties, on the other hand, have increased their power this week, despite the relentless efforts of the Likud leader to plow through the entire country in his campaign, especially in the settlements, where Yamina’s constituency is strong. Bibi is working the stumps this time like never before, almost as if his personal freedom depends on his ability to convince the public to trust him.

One extra mandate has migrated to the Joint Arab List, which will likely increase its Knesset showing to 14 seats. Its co-chairmen, Ayman Odeh and Ahmad Tibi, have also been campaigning hard, on the premise that if a strong majority of Arab voters decide to vote, the Arab list could reach 15 and even 16 seats. On paper, they could get 20, but the fact is many Israeli Arabs don’t see them as much help when it comes to taking care of their core issues: housing, infrastructure, medicine, transportation, and education.

The 14th mandate is made up of Arabs who voted for Blue&White and now gave up on it and are looking to empower the Arab list. In addition, there are leftist Jewish voters who abandoned Meretz after its union with Labor and Gesher, and did not find a more suitable party than the Joint Arab List.

Shas was already very close to its ninth mandate, and now has won it from the rightwing voters of Orly Levy-Abekasis who are unwilling to follow her to the union with Labor and Meretz. They opted to return to Shas, which has a strong social welfare line, in addition to its religious agenda.

Last week, Yamina was struggling to keep 7 seats in the polls, and now it finally succeeded in squeezing an eighth mandate from Itamar Ben-Gvir’s Otzma Yehudit’s voters. Ben-Gvir plunged from 2.5% last week to 1.2% in this survey.

At the end of the day, according to this unusual poll, the rightwing bloc led by Netanyahu comes very close to the desired 61 votes: they have 58, compared to the center-left-Arabs bloc which dropped to 55 despite the success of the Arab list.

Liberman, who has not been able to get stronger since dropping from eight and even nine seats to seven, announced this week that he would in no way sit in one government with Netanyahu.

The Likud will probably have to entice Orly Levy-Abekasis to betray her partners in Labor and Meretz and return home to the Likud, following her constituents. The Levy in her name belongs to David Levy, a former senior Likud politician who served in a number of ministerial positions.

If he manages to lure Abekasis, Bibi will have to look for two additional deserters; Yoaz Hendel and Zvi Hauser, two senior Blue&White MKs who started out as Netanyahu’s men, may deliver the goods in the end.

Things are looking up on Balfour Street, and not a minute too soon. 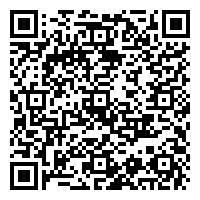