The New York Port Authority showed off on Tuesday the view from what will be the new World Trade Center, one day after potential remains of 9/11 victims were found.

“We would like to see the other 40 percent of the families who have never recovered anything to at least someday have a piece of their loved one,” the Associated Press was told by Jim Riches, whose firefighter son was killed in the terrorist attack.


The death toll from the twin suicide airplane attacks was 2,750, but only 1.634 people have been identified.

Dozens of truckloads of debris from Ground Zero still are being sifted after they are transported to a Staten Island site.

Several relatives of victims have sued New York City for transferring the debris, which may include ashes of victims that families would want to bury in a cemetery.

The Port Authority’s mind is on a new skyscraper, dubbed as One World Observatory.

It will be a major tourist attraction but also will become a prime target for terrorists.

Tuesday’s media briefing showed off the view from the Observatory, to be opened in 2015.

Dave Checketts, CEO of the Legends sport and entertainment company that is developing the center, said, “In one of the most important buildings in the world, we’ll bring back the most important view in the world. The top of this rising phoenix — a three-story observatory — will restore another aspect of the World Trade Center Towers: their phenomenal views.”

A high-speed elevator ride will whisk visitors in one minute visitors to the 102th floor, where a video presentation will relate the history of the site, including the 2001 terrorist attacks. 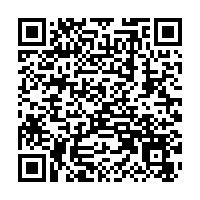