Arab rioters on Monday set fire to the study hall of the yeshiva in the Homesh community in the northern Samaria hills. The arson took place during the “Day of Anger” observed by local Arabs, in support of the terrorist prisoners’ hunger strike. In the course of the day, Arab rioters entered the area around the yeshiva and set it ablaze. There was heavy damage to the building, but no one was injured.

Homesh Yeshiva has been operating for more than a decade, serving more than 30 young men who study there daily. The Yeshiva is used by the students as both a Beit Midrash and a boarding school.


Yeshiva officials said in a statement that their “expectation is that the IDF will put its hand on the Arab rioters and bring them to justice,” adding that they hope the families who had been evicted from the community will soon return. “The time has come for the Disengagement Law, which proved to be folly and a moral crime, will be terminated.

In 2005, the Jewish community of Homesh was evicted and their homes were demolished, as part of the Israeli disengagement from Gaza and four settlements in the northern West Bank.

MK Betzalel Samotritz (Habayit Hayehudi) responded to news of the arson in Homesh saying, “The burning of the yeshiva in Homesh is a reminder for us to continue working for the return of the Jewish people to all areas that were destroyed during the [2005] expulsion. Every place we leave becomes a place of terror and where holy sites are damaged.” 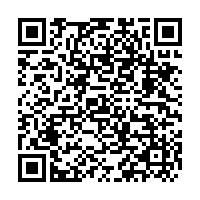