Israel’s National Mine Action Authority (INMAA) under the Ministry of Defense, together with the international HALO Trust mine clearance charity has officially begun to clear the Qasr al Yahud baptism site of the deadly remnants of the 1967 Six Day War.

The site is located along the Jordan River, and is home to eight different church denominations. Regarded as one of Christianity’s holiest sites, the area is often flooded with visitors from around the world.

The areas across the site are contaminated by mines and other explosive devices remaining from the Six Day War. Due to safety concerns, the area was marked and fenced, and access to the church plots and surrounding areas has been restricted since the 1970s.

Both private church compounds and open areas will be swept and cleaned. It’s anticipated that the clearance process will take about a year to complete.

Once the clearance is complete and INMAA and HALO officials can assure the site is safe, the church plots will be returned to their respective denominations and visitors will once again be able to visit these holy sites.

“This is a very exciting and long-awaited, day indeed,” said INMAA director Marcel Aviv. “The de-mining of the Baptism Site- a place so significant to so many- is such a unique and wonderful opportunity. The cleaning and releasing of these lands, and the ability to return them to their religious guardians, is a project we take great pride in.”

This project is jointly funded by Israel’s Ministry of Defense as well as HALO Trust fundraising efforts which began in mid-2016.

Established in 2011, the Israel National Mine Action Authority (INMAA) is responsible for clearing all the mine-affected areas not essential for Israeli security needs. This reduces the risk to the surrounding population enabling civilian development in these areas.

Since its establishment, the authority has cleared tens of thousands of different types of mines scattered across thousands of acres of land throughout Israel. The freed lands are turned into tourist parks, nature reserves, agricultural lands and more. 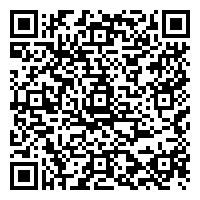