Following reports that an employee of the PLO negotiation affairs department who worked for 20 years as an aide to Palestinian negotiator Saeb Erekat in Ramallah was arrested for “collaborating with Israel,” on Monday the London-based Arabic daily Rai Al-Youm revealed that the order to search for an Israeli spy on the negotiations team came two weeks ago from PA Chairman Mahmoud Abbas, who realized private conversations of PA seniors regarding their political position were known to the US based on Israeli information.

According to Rai Al-Youm, the protocols from secret high level meetings in Ramallah had been leaked to Israel for many years, and the Israelis regularly passed them on to Washington. As State Department officials were turning on the pressure on Abbas to reach a political compromise in the peace negotiations, they revealed their knowledge of intricate details of the Palestinian position, which raised Abbas’s suspicions about a leak. The chairman began questioning European officials, who confirmed to him that the US was receiving a regular flow of information about PA internal meetings from Israel.


Apparently, part of the reason why the arrest of the PLO Israeli collaborator has only taken place this week had to do with the attempt to keep the internal investigation away from Saeb Erekat himself, who only learned about the arrest a week ago. Erekat has been the PLO chief negotiator for years and was renowned for his uncompromising position.

The final round in the negotiations opened in July 2013, with Tzipi Livni heading the Israeli team, vs. Erekatr at the head of the Palestinian team. The talks came to a halt April 2014, when Israel balked on releasing the fourth group of security prisoners, and in response the PA applied unilaterally to join 15 UN institutions, in violation of the peace accords. The anxious negotiator at that part of the encounter was Secretary of State John Kerry, who was desperately trying to push both sides to continue the negotiations.

At some point there, in April 2014, Kerry apparently cited raw information the US was not supposed to have, thus exposing a 20-year operation Israel maintained inside the PLO top command. 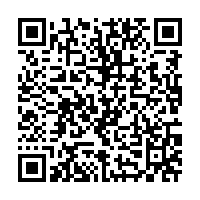