Well, well, well.  Roger Waters, formerly of rock band Pink Floyd fame, has learned how absurd it is to demand that speech be shut down, and has come to see the virtue of open-mindedness and tolerance.  At least when it comes to his own speech and tolerance for his own brand of intolerance.

Waters was scheduled to speak later this month at the 92nd Street Y in New York City.  The 92nd Street Y, formerly known as the Young Men’s Hebrew Association, engaged Waters to appear on April 30.  The event was billed as “A Conversation with Roger Waters.”


As a rock star for more than 40 years, Waters is probably the best known of those engaged in the global economic warfare against Israel, known as the BDS (Boycott of, Divestment From and Sanctions against Israel) Movement.  A constant refrain of his is to compare Israel to Apartheid South Africa, facts be damned.

Waters is not only a committed supporter of BDS, he bragged about having been instrumental in convincing Stevie Wonder to renege on his agreement to perform at a pro-Israel benefit in California that took place last year.  He also spoke at the United Nations on November 29, 2012, condemning Israel as an Apartheid state, and blaming Israel for denying the “Palestinian” people their “inalienable right” to “self-determination.”

In addition to these efforts to convince others that Israel must be shunned for committing “human rights violations,” Waters also was a leader of the effort to get Carnegie Hall to cancel the scheduled appearance by the Israeli Philharmonic Orchestra in October of 2012.

Just recently he proudly insisted that boycott of the Jewish State was “the way to go.”  He did this by asserting that Israel – which has an Arab Supreme Court Justice, Arab members of its parliament, Arabs serving in every profession –  is a violent, vicious Apartheid state.

I think that the kind of boycott that was implemented against the apartheid regime in South Africa back in the day is probably the most effective way to go because the situation is that the Israeli government runs an apartheid regime in Israel, the occupied territories and everywhere else it decides. Let us not forget that they laid waste most of Lebanon around the time I started getting involved in this issue. They destroyed airports, hospitals, any public buildings they could.

But once word got out about the many utterly false anti-Israel statements made and actions taken by Waters, a tsunami of pro-Israel support washed over the Y and, eventually – though sheepishly and silently – the Y disengaged from Waters.

Rather than recognizing that there was a strong pushback from their base and that the invitation had been made without understanding the significance of his hatred for Israel, however, the Y slipped out the back door, as it were.  What the Y said when inquiries were made, to the extent it said anything at all, was that Waters had a “scheduling conflict” when the event was finally cancelled.  This was after a long series of “yes he will, no he won’t, he’ll be there later, Waters? we never heard of him, oops he’s gone, now he’s back, and then, finally, on April 4 : Event Cancelled.”

How do we know that? Because Roger Waters has now issued an official statement about what happened.

Incredibly, as the EoZ site notes, Waters is moaning about how wrong it is to shut him down, because “Not to Talk is Not an Option.”

Really.  Roger Waters, the biggest name BDS advocate on the planet wrote that.  It’s the title of his entry on his official site: “Not to Talk is Not an Option.”  Here is his version of what happened:

I was invited by 92Y to take part in an interview at the Theresa L. Kaufmann Concert Hall on the 30th April this year. I checked out a couple of previous talks on YouTube, and as they appeared to be serious and measured discourse, I accepted the invitation to take part.

Things were complicated when the Opera House in São Paulo, Brazil requested my presence for four full productions of Ça Ira, my opera on the French Revolution, around conflicting dates. In the end, the date for the dress rehearsal of Ça Ira fell on the 30th April, and so, reluctantly and very apologetically, I asked the team at 92Y if my appearance could be re-scheduled. Assistant Director Jennifer Hausler, who had been helping all along, couldn’t have been more understanding, gave me some alternative dates in June and I accepted June the 19th. Everyone was happy. Well, perhaps not quite everyone. 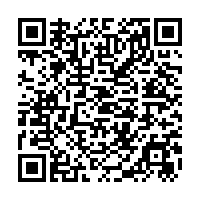